You are here: Home › Reviews › Moana

Disney’s next venture into musical animation. This is the story of Moana, a Polynesian princess who is chosen by the ocean to be the saviour of her people.

A lava monster threatens Moana’s ancestral home and so she must travel the seas in search of the demi-god Maui to enlist his help. The shape-shifter, demi-god and hero of men is played by Dwayne “The Rock” Johnson. He presents viewers with a character who is all too well aware of his heroic stature, and not impressed with the idea of going on a quest with a little girl. However, the pair forge an unlikely friendship and descend into the realm of monsters to confront the creature threatening their world. 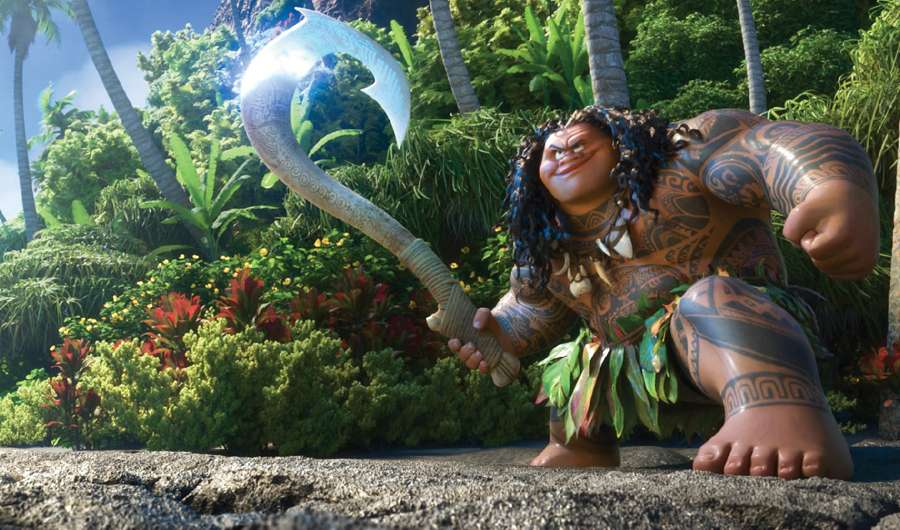 Moana has excellent pedigree and promises to be a real pleaser for girls who like princess stories. It’s the first computer-animation project by John Musker and Ron Clements, who developed their story from the New Zealand creation myths which involved Maui drawing islands from the ocean with his giant fishhook.

The ill-informed might like to draw parallels between this mythology and the Bible’s own creation story. However, you can still enjoy the story while assuring your children of two things: unlike such fables, the Bible presents itself with all the seriousness of history; and though both contain amazing events the Word of God’s chief purpose is conveying why we are here, and to whom we belong.