You are here: Home › Reviews › Moonlight Plays Its Part In Defining Gender 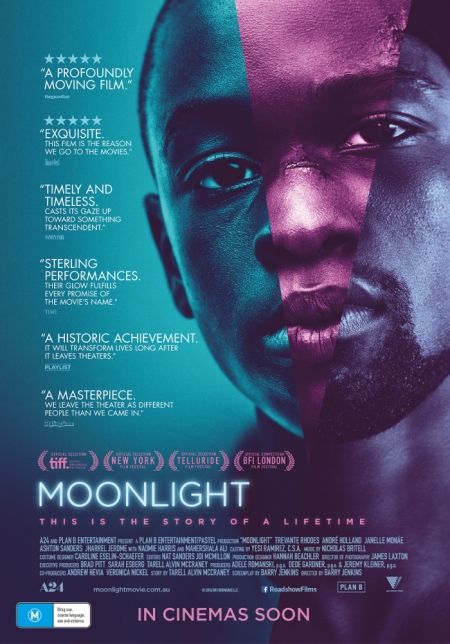 While accepting the Academy Award for Best Adapted Screenplay, the scriptwriters for Moonlight said they were trying to hold up a mirror for people who feel their images are invisible in today’s popular culture.

“This goes out to all of those black and brown boys and girls and non-gender-conforming [people] who don’t see themselves,” said Tarell Alvin McCraney, as he held his Oscar aloft. “We’re trying to show them you and us ...This is for you.”

But who is “you”? It’s a question even those scriptwriters might struggle to answer, when answers themselves have become the enemy.

Gender and sexual identity have become hotly contested issues in every form of Western media, and being too defined is considered the ultimate sin. Facebook’s list of terms for describing your gender swelled to more than 50 before the social network finally introduced the ubiquitous “Custom” field so users could define themselves.

It’s a good indicator for a generation that has come to consider truth a relative concept in all its forms. A recent survey of 1000 American millennials aged 18-34 revealed that half of them think, “... gender is a spectrum, and some people fall outside of conventional categories” (National Geographic January 2017.)

The early days of film portrayed gender in quite traditional ways. Linguists Carmen Fought and Karen Eisenhauer analysed the dialogue from 12 Disney films stretching from 1937’s Snow White and the Seven Dwarfs to 2013’s Frozen. In the earlier animations, a female character receives seven times the amount of praise for her appearance than for her skills or actions. However, Disney’s new millennium productions have redefined what it means to be a girl, with heroines like Brave’s Merida getting more compliments for courage and abilities than beauty.

In 2016, Eddie Redmayne was nominated for Best Actor for his portrayal of a transgender artist in The Danish Girl. And in 2017, McCraney’s identity–questioning Moonlight has struck another sympathetic chord. Since its release it has won 120 top industry awards, including the Oscar and the Golden Globe for Best Picture – unequivocal support for an AfroAmerican man’s struggle to define his own sexual identity.

Moonlight is split into three distinct chapters. In the first, we meet Chiron as a withdrawn, primary-aged boy nicknamed “Little” by the kids who bully him. His single mother struggles to show him the affection he needs, weighed down by work, a drug addiction and a growing concern about his sexuality.

When Juan, a local gangster, shows him some much needed concern, Little brings him the label his bullies have begun to apply:Little: [innocently] “Am I a faggot?”

Juan: “No. You’re not a faggot. You can be gay, but you don’t have to let nobody call you a faggot.” Clearly no one should be punished for their identity, least of all a young boy whose only crime seems to be his dislike of rough games.

Moonlight’s second chapter opens in Chiron’s teenage years. His mother’s addiction has deepened, and Juan has died. Chiron has become an isolated teen burdened with the antagonism of young men who sense his difference and the confusion that comes with an emerging sexual identity. But Juan’s partner, Teresa, provides an echo of the acceptance he is still seeking: “Stop putting yo’ head down in my house! You know my rule. It’s all love and all pride in this house! Do you feel me?”

In the third and final chapter we see Chiron as an adult, now referring to himself as “Black”. He has rebuilt himself in a way that will deter physical violence but, inside, he is still the lost boy from the first chapter. When the film moves to his encounter with Kevin, his only friend from the two previous chapters, we discover how profound an effect a few moments of acceptance can be in an otherwise empty life.

Moonlight crystallises in a single story many of the real-life issues faced by those whose inner life does not easily match society’s expectations for their outer bodies.

It’s a film that Christians should endeavour to see, even though there is strong language involved and some very adult scenes. But there will definitely be a moral pay-off, especially for those who feel that sexuality can be explained in binary terms.

High school biology classifies gender in the simplest manner – two X chromosomes mean you’re female; an X and a Y identify you as male. However, not infrequently, children enter this world with unusual mixtures of the chromosomes and hormones that would normally identify daddy’s boy or mummy’s girl. These precious babies will regularly face a range of struggles as difficult as any experienced by Moonlight’s hero.

The life-long predicament of Little/Chiron/Black should engage Christian sympathies and force us to struggle with how we can better demonstrate the love of Jesus for the isolated and despised. Otherwise, we may well find ourselves playing the role of the self-satisfied Pharisee in one of his parables: “God, I thank you that I am not like other people – robbers, evildoers, adulterers – or even like this tax collector” (Luke 18:11) ... and risk us leaving God’s presence unjustified.

But showing Jesus’ understanding and compassion doesn’t mean accepting there is an unbreakable link forged at birth between biology and behaviour.

In its final chapter, Black reflects on a sexually charged moment that occurred between him and Kevin when they were teens. He tells his friend: “You’re the only man who ever touched me. [pause] The only one. [pause] I haven’t really touched anyone, since.”

But it’s clear Black is referring to something much more than just their physical contact. Kevin represented the only man who offered him the intimacy of acceptance. The Little boy who lost both his biological and stand-in fathers, whose mother alternately suffocated and preyed on him, found in his best friend the relationship that his heart longed for. 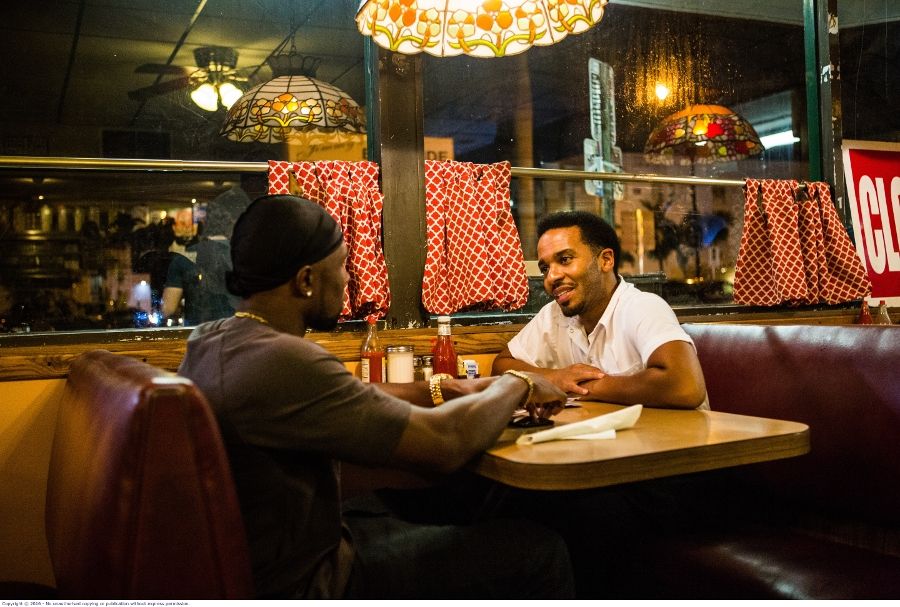 Black (right) - played by Trevante Rhodes - talks with Kevin (Andre Holland) about the past in Moonlight. Photo: David Bornfriend. Courtesy of A24.

In short, Moonlight’s hero finds not so much sexual fulfilment, as a sense of value. This is what the Christian can offer every human being, above and beyond the gender identity they are wearing. Scientists are only beginning to understand the biological, neurological and psychological facets to sexuality, yet the Bible states one thing for certain: “You created my inmost being; you knit me together in my mother’s womb. I praise you because I am fearfully and wonderfully made” (Psalm 139:13-14).

The Christian contribution to human rights is that God made all human beings in his own image, and so they are individually wonderful and infinitely precious to him. However much sin enters this world, it cannot erase that beauty or remove that value.

And, since the issue that lies at the heart of our 21st-century discussions of identity is acceptance, believers will always have an example to follow, and an ultimate place to point to, when it comes to the love people like Black long for.