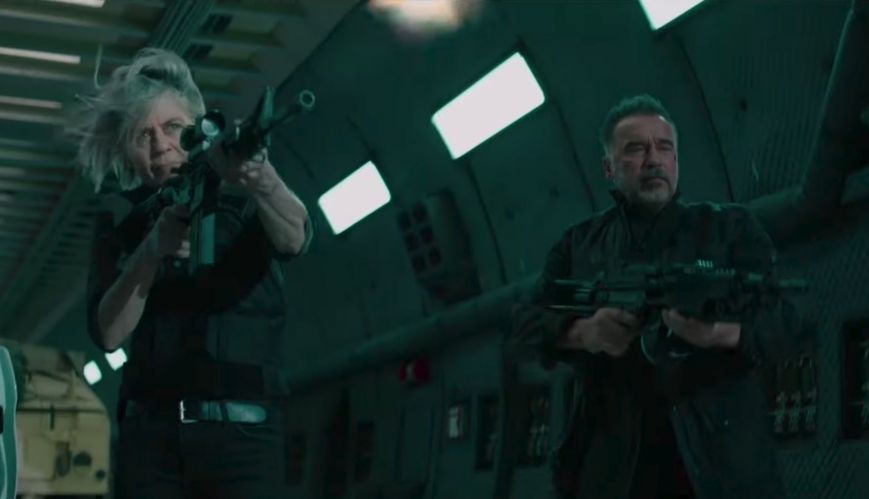 The Terminator series has been attempting to deal with an impending global catastrophe – ‘Judgement Day ’ – since its beginning.

Arnold schwarzenegger returns in his most famous role as ‘The Terminator’, with the release of the sixth film in the franchise, Terminator: Dark Fate. The movie is designed by franchise creator James Cameron as a direct sequel to Terminator 2, effectively wiping out the more bizarre storylines that followed.

There are new time-travelling killers to combat, but what hasn’t changed is the film’s goal. The Terminator series has been attempting to deal with an impending global catastrophe – ‘Judgement Day ’ – since its beginning.

How we’ve related to that horror, though, has altered over the franchise’s history, saying much about our own preparedness to face a reckoning.

In the original Terminator, there was no attempt made to avert the future. Humanity only hoped to survive the nuclear holocaust, and the hell-bent machines created from its own hubris.

By the 1990s, though, judgment is no longer a certainty. A young John Connor (Sarah’s son) finds “NO FATE” carved into a tabletop, and remembers his mother’s oft-quoted saying: “The future’s not set. There’s no fate but what we make for ourselves.”

And so the goal attitude shifts from surviving Judgement Day to avoiding it altogether. By the end of Terminator 2, our heroes seem to have erased humanity’s unhappy future.

Yet Terminator 3 upsets that victory, with the Terminator delivering the bad news: John Connor: “No, you shouldn’t exist. We took out Cyberdyne over 10 years ago. We stopped Judgment Day.” Terminator: “You only postponed it. Judgment Day is inevitable.”

The series of time-battles stretching over three more films seems to underline Arnie’s truth. So much so that in the new Dark Fate, Sarah’s credentials now rest not on preventing judgment but pushing it off.

“My name is Sarah Connor. August 29th, 1997, was supposed to be Judgement Day. But I changed the future. Saved three billion lives. Enough of a resumé for you?”

But in reality, is Judgement Day something we’d really like to avoid? Sadly, much of the Christian world agrees. For many years now, messages about a day of judgement followed by eternal punishment for those who’ve ignored God have been slipping from sermons.

It’s the understandable result of wanting to magnify the love of God for a world gone wrong. Yet you can’t tell someone about the love that led Jesus to the cross, without also explaining his need to be there.

In fact, doing so puts you at odds with Jesus; the majority of the New Testament’s warnings about Judgement Day come from his own mouth: “The Son of Man will send out his angels, and they will weed out of his kingdom everything that causes sin and all who do evil. They will throw them into the blazing furnace, where there will be weeping and gnashing of teeth. Then the righteous will shine like the sun in the kingdom of their Father. Whoever has ears, let them hear” (Matthew 13:41-43).

In fact, declaring the impending judgement of God was Jesus’ way of showing how much he loved the world.

Even atheist Penn Jillette gets that: “If you believe that there’s a heaven and a hell, and people could be going to hell or not getting eternal life – how much do you have to hate somebody ... [to] not tell them that?”

So, as another film arrives that preaches humanity’s ability to avoid judgment, it’s worth asking ourselves which character we want to identify with.

I think we might do well to stand with Sarah Connor. We know judgement’s coming. Wouldn’t we want our resumés to say, “They played a part in saving as many as could be rescued”?

Terminator: Dark Fate is rated M and opens in cinemas on October 31