You are here: Home › Reviews › Movie Review The Hate U Give

Movie review: The Hate U Give 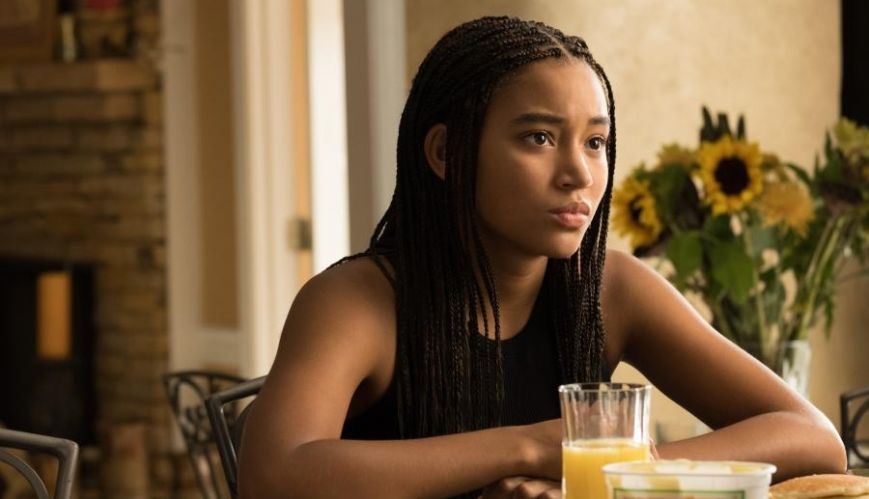 Movie review: The Hate U Give

Amanda Stenberg plays Starr, a young heroine learns the painful truth that the hate we visit on others has a way of rebounding on all of us.

The lessons from some films sneak up on you. Others wear their heart on their sleeves. The Hate U Give has it all in the title. Starr Carter, its young heroine, learns the painful truth that the hate we visit on others has a way of rebounding on all of us.

The Hate U Give is based on Angie Thomas’ New York Times best-selling novel. It takes its title from the hip-hop group THUG LIFE, featuring Tupac Shakur. The group’s name was an acronym for the assertion, “The Hate U Give Little Infants Fouls Everyone”.

Well, they use a different F-word, but the message is the same: the anger we pour out on others enforces a cycle of sin that harms us all. In Starr’s case, her life has been enveloped by the hatred of others, and she is desperate to see that cycle broken.

Amanda Stenberg plays our 16-year-old lead, living in the fictional American suburb of Garden Heights. It’s a poor, crime-ridden and predominantly black neighbourhood. However, her parents have chosen to send her to a private, primarily white school called Williamson Prep because, as Starr puts it, “… the [local] high school is where you go to get junk, high or pregnant.” The consequence is something of a double life.

At school Starr has to be cautious not to be too “ghetto” because, though slang is hip for rich kids, for her it’s just a stereotype. While at home she has to be careful not to be too Williamson because her “people” feel she’s pretending to be white.

Nevertheless, Starr’s worlds collide when one of her childhood friends, Khalil, is killed by a white policeman. The African American teen is pulled over while driving her home. When he reaches for a hairbrush, the officer panics and shoots him three times. Starr now has to decide whether she will give evidence to a grand jury, and throw off her precariously balanced life: “Stuff like this ends up on the news. People get death threats. Police target their families. What will it be like at school? I’ve just got to stay quiet.”

The Hate U Give is aimed at young adults, though there are heart-rending moments likely to move any family member. It’s a confronting portrait of the cycle of poverty, crime and prison that grinds down so many US communities.

The particularly American nature of its problems can also be distancing, but there are two points where Christians will especially find a connection.

The first is the battle Starr goes through preparing to testify. She is painfully aware that telling people what she saw will change her in the eyes of everyone she knows. She fears her neighbourhood will see her as a snitch, while her school friends consider her a charity case.

Yet her father, a reformed gang member, says speaking out shows how much she loves those she speaks for: “Reasons to live give reasons to die. So, when you ready to talk, you talk. Don’t ever let anyone make you be quiet.”

I remember facing similar pressures to stay silent as a Christian student – at schools that promoted godless worldviews, around classmates who laughed at my lifestyle, or in front of teachers who mocked the Bible. Yet it comes down to the same thing: if Jesus has provided me new life, didn’t that represent something worth dying for?

Or as Jesus puts it, “Whoever wants to be my disciple must deny themselves and take up their cross daily and follow me. For whoever wants to save their life will lose it, but whoever loses their life for me will save it.”

The second resonance relates to Starr’s name. Her father gave all of his children “powerful names” to inspire them to break the cycle that enslaves their community. Her older brother is called Seven, after God’s perfect number, and her younger brother Sekani, which means joy. She is called Starr because she has a duty to shine.

It reminded me that everyone who entrusts themselves to God is also given a powerful name: “The one who is victorious I will make a pillar in the temple of my God. Never again will they leave it … and I will also write on them my new name.”

Our new name is God’s own name, and so it doesn’t draw its power from our limited resources but his endless ones. He writes it on his children so that no matter how dark the situation, or determined the opposition, they know their place with him can never be taken away.

The Hate U Give provides some hope that we could learn to put aside the unreasoning animosity that divides races, but God’s commitment is that we can speak out for him, and live lives of love, because we know we can never be separated from the source of all love.

The Hate U Give is rated M and is now showing.