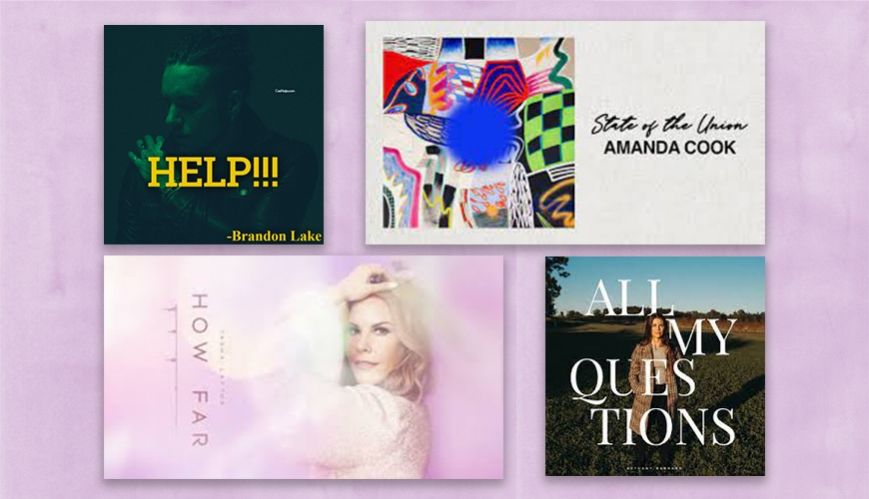 As far as culture goes, Christian art tends to fall a few years behind the rest of the world. Conversations about complicated experiences weren’t the first port of call for Christian musicians seeking to make a living. Talking about the taboo or even suggesting an alternative point of view can jeopardise your financial stability and your religious community, so musicians have found creative ways to push the envelope.

Wonderfully, the Evangelical Church has become more literate and educated in mental health in the past three years. And with the experiences of COVID-19 and lockdown, more Christian musicians have been able to reflect on and create music discussing mental health. Not using the name of Jesus as a band-aid or saying, “you should pray more”, but actually sharing honest, pain-filled stories and allowing God to show up in them. Here are four new releases that do this to a world-class standard. 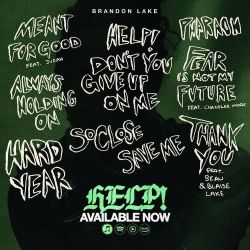 This rock and roll worship leader has quickly risen to be the ‘it’ guy in Christian music. Becoming a force at former label Bethel Music, he released a stunning debut with ‘House of Miracles’ and became one of the biggest collaborators in the industry. This muso is with Maverick City Music and has sung with Tasha Cobbs Leonard, Elevation and Brooke Ligertwood. Unsurprisingly, he took home Christian Songwriter of the Year at the DOVE awards and received a Grammy. But, please, don’t let the Aussie tendency of tall-poppy syndrome make you pass by Brandon’s latest EP, HELP!!!. With tenacity and roar power, he sings about mental illness – inviting God into his story but not using religious coping as a technique to deny his pain. Instead, he cries out in desperation and uses Biblical truths to strengthen his own spirit in the battle.

How Far – by Tasha Layton 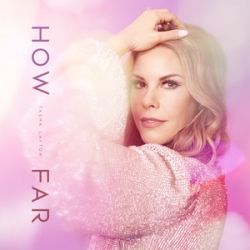 When you think of pop, names like Christina Aguilera and Brittany Spears come to mind. Tasha Layton should be up there, too – her soaring, pop voice once backed Katy Perry and her experience shows. How Far is a collection of fun yet deep songs. Talking and singing about mental health long before it was cool, tracks like ‘Into The Sea [It’s Gonna Be Ok]’ and ‘Dear Daughter’ are beacons for young women finding their place in the world. With confidence, kindness and a sincere faith, Tasha’s new album is exceptional. Her ability to hold both the spiritual aspects of mental health and the psychological is rare, and it is because she is a survivor of suicide. I wish Tasha were making music when I was a teen because this is exactly what I needed to hear when I was at my lowest.

State of the Union – by Amanda Cook 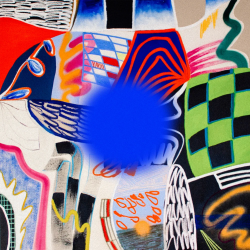 Lockdown was hard – and in years of calamity, death and division, artist Amanda Cook would wake up every morning and say, “What is the state of the union today?” as a way to assess her overall health. It culminates in this powerfully introspective album, which communicates the mental battle many of us face against anxiety, fear and depression. Dwelling on the nature of Jesus and his supernatural ability to renew our minds, Amanda also celebrates the importance of self-work and counselling – showing that God is the ultimate healer and that a lifetime in recovery facing our demons is often the miracle itself.

All My Questions – by Bethany Barnard 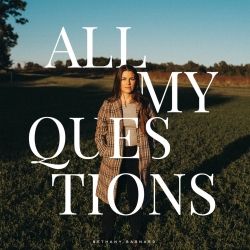 As a 14-year-old, Bethany Barnard [then Bethany Dillon] became Christian music’s golden girl, and her song ‘Beautiful’ became such a hit it was even tattooed on celebrities. Now in her early 30s and a mum of four, Beth is opening up about her experience living with Obsessive Compulsive Disorder (OCD). In her album, All My Questions, she articulately explores how OCD can reveal itself in religious scrupulosity and how this has essentially forced her to deconstruct her life and the way she follows Jesus. Beth knows the Word and loves prayer, and it shows – but she is also deeply familiar with a fractured internal dialogue, pain, questions and religious trauma. And while this album was released late last year, it remains one of the most important releases of the past 12 months. Listening to this reminded me that God is big enough to hold all my light and darkness.