You are here: Home › Reviews › Squid Game Sin And The Need For A Saviour

Squid Game, Sin and the need for a Saviour 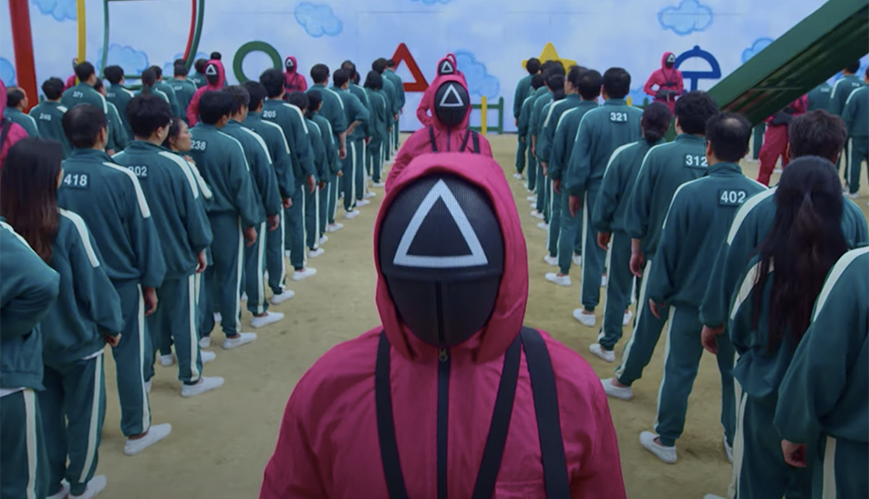 Squid Game, Sin and the need for a Saviour

The new Korean drama Squid Game has become one of the most-watched Netflix TV shows ever. So far, more than 142 million households have devoured the apocalyptic series about 400 adults competing in children’s games to escape poverty – and only one can survive.

Squid Game, a dystopian South Korean drama about poor people playing deadly versions of children’s games, is on track to become Netflix’s most-watched show ever. It was so popular in South Korea, it literally broke the internet there. The character of Gi-hun (Player 456) resembles an interpretation of Christ, says Mike Frost.

As the show goes, 400 contestants enter the ‘Squid Game’, set in an elaborate warehouse on an undisclosed island off the Korean peninsula. There they compete in a series of challenges where the losers that don’t die as a result of the game are executed by their guards. Of the 456 who begin the game, only one will survive and win the grand prize at the end.

It’s gruesome, shocking and, well, weird. And it turns out the whole evil spectacle is designed for billionaires to bet on the outcome of each game.

Squid Game isn’t without Christian themes – albeit the awful depiction of a Korean pastor (Player 244), representing a view that Christians, especially pastors, are untrustworthy and greedy. I’m not in any way suggesting Hwang Dong-hyuk, the creator of Squid Game, intends the show to convey a Christian message, but he appears to have been shaped somewhat by Christian symbols and ideas. Here are a few of them. Warning, spoilers ahead!

The Alpha and the Omega

The show begins with Seong Gi-hun being recruited by a man he initially mistakes as a Christian evangelist. He repels the stranger by saying he’s from a long line of Buddhists, but the recruiter assures him it has nothing to do with religion.

Gi-hun is whisked away to a new world where he meets another contestant, an elderly man named Oh Il-nam, with whom he develops a special bond. The show’s fans have speculated that Il-nam and Gi-hun might represent the Old Testament God and the New Testament Christ. The main clue they point to are the characters’ numbers in the game. Il-nam is 001, the first player, while Gi-hun is 456, the last player to enter the game, making them the first and the last, the alpha and omega. 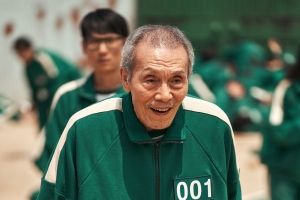 While the character Il-nam is painted as indicative of a hateful Old Testament god, the character’s end reveals South Korea’s wider perception of Christianity.

Ultimately, it is revealed that Il-nam is not just an elderly pauper but the billionaire mastermind who decides to enter his own game as a player. And Gi-hun becomes the game’s eventual winner, doing so without violence or cruelty. Indeed, he even refuses to execute his final rival Cho Sang-woo, a Judas figure who betrays him and various other characters throughout the games.

It should be noted that the similarities between God the Father and Il-nam, and Jesus and Gi-hun, can’t be stretched too far. Il-nam has created a cruel and callous game, while Gi-hun is a complete failure as a father, son, and human being before entering the game.

In the final challenge, Gi-hun is stabbed through the hand, a not-too-subtle allusion to Christ’s suffering on the cross. He emerges as the ultimate victor of the games and is rewarded handsomely with a fantastical sum of money for his efforts (about $US38 million). When he is returned to the streets of Seoul, he is dumped on a sidewalk at the feet of a street evangelist who lays his sign, ‘Jesus Saves’, next to him.

But Gi-hun can’t bring himself to enjoy his prize money. He is suffering, burdened by the sins of others and overcome by compassion for those who lost their lives.

Ultimately, he is summoned by the now sickly Il-nam to a meeting on the top floor of a Seoul skyscraper. It’s like the throne room of God, looking down on those who suffer below. Il-nam wants to see Gi-hun before he dies to find out why he hasn’t spent any of his prize money.

In this conversation, Il-nam compares Gi-hun to his own son, but they have very different outlooks. Il-nam sees the mass of humanity as dispensable and corrupt, evidenced by how he uses poor people as his playthings in the Squid Game. He looks down at a homeless man on the icy sidewalk and wagers Gi-hun that he will still be there when the clock reaches midnight. Il-nam believes no one will help the frozen pauper. Gi-hun takes the wager. He believes there is still goodness in the human soul. But as the minutes tick by, passers-by step around the homeless man, ignoring his plight. 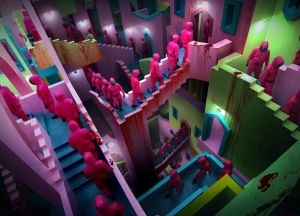 Ultimately, Squid Game shows that the ends don’t justify the means, with the character of Gi-hun living with guilt after winning the competition.

It might be that Squid Games creator, Hwang Dong-hyuk see the Old Testament God as capricious and judgmental, willing a homeless man to suffer through the night. And maybe Hwang Dong-hyuk sees Jesus as bringing a kinder, more loving type of religion. Even still, it is Il-nam, not the homeless man, who dies on the stroke of midnight. The frozen man is helped by a passerby and rescued by a patrol car.

According to Hwang, Squid Game isn’t about religion. It’s about capitalism. By all accounts, South Korean culture is very competitive and stressful. It is a small country with a large population (50 million), and the pressure to succeed at school and in the workforce is incredibly high, even toxic. Hwang says, “[Because we are] cut off from the continent of Asia by North Korea, we have developed an island mentality. Some of that stress is carried over in that we are always preparing for the next crisis. In some ways, it is a motivator. It helps us ask what more should be done. But such competition also has side-effects.”

Hwang is talking about what Christians call sin, not just the odd individual wrong choice, but the state of humanity. He blames capitalism, but behind the stress and competition he refers to are deeper forms of sin – fear, greed, selfishness. Hwang is suggesting society is in the grip of forces beyond its control.

People are looking for a saviour

For the poor people who enter the Squid Game, their ‘saviour’ is the huge piggy bank of money suspended from the roof of their dormitory. But that prize is only available to the one who best embodies the sins of greed and competitiveness from which they need to be freed. In fact, after winning the prize, Gi-hun realises all that cash doesn’t set you free at all, much less make you happy. Money is a false god and a pathetic saviour.

We can only speculate as to whether his plan to put an end to Squid Game will bring the character of Gi-hun a sense of fulfilment and purpose. But we can be sure that Hwang Dong-hyuk doesn’t think a glass orb full of Korean won is the answer to his country’s woes. Maybe he doesn’t think the second coming of Jesus will help either. But I just hope some Korean Christians – and people in wider society – can speak into this desire to be rescued and reveal that Christ could be exactly what their nation needs.

THIS REVIEW WAS ORIGINALLY PUBLISHED ON MIKEFROST.NET. MIKE FROST IS THE DIRECTOR OF MISSION STUDIES AT MORLING COLLEGE.