Others Culture Writer Mark Hadley says 'Messiah' has done a masterful job of translating the past to the present. Belgian actor Mehdi Dehbi (above) plays the lead character in the film.

Messiah begins in Damascus, where the Syrian capital is bracing itself for an attack by a resurgent ISIS. A wild-eyed young man begins preaching that this is the time that God has marked out to judge the hearts of all humanity. Those who truly follow him need not be afraid.

Then, to assure them of this truth, he seemingly calls down a sandstorm that forces the fundamentalist forces to flee. His prophetic words and commanding manner attract not only a growing number of followers but the attention of the CIA. Officer Eva Geller is tasked with investigating this strange individual gaining the world’s attention. The crowds are beginning to refer to him as ‘Isa’ and ‘Al-Masih’, the Islamic names for Jesus and Messiah. Yet Geller’s Al Masih, like the Jesus of the Bible, is challenging all who think they know the will of God. His association with miraculous events, and appearances in Israel and eventually the United States, are making it hard for anyone to write him off as a hardliner or heretic. As in the first century AD, and so now, the key question is: who is this man?

Messiah has done a masterful job of translating the past to the present. The historical documents that chronicle Jesus’ life record a similar confusion gripping ancient Palestine. The Pharisees, the preachers of the day, treated him with suspicion. The evidence for Jesus’ miracles was too clear to deny, but that didn’t stop them from doubting his motives. 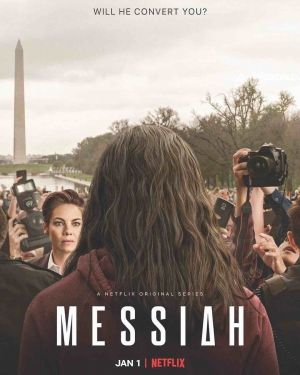 Like the CIA analysts, noted scholars like Gamaliel placed Jesus in the same camp as malcontents who aimed at popular rebellion. And the Israeli and American governments concerned over the behaviour of Messiah’s Al Masih have much in common with the authorities of Jesus’ day, who worried about the political unrest his preaching would cause.

Controversy is one thing the two have in common. Jesus was at least as divisive a figure as Al Masih. The Christian writer and lay theologian C.S. Lewis famously wrote that “A man who was merely a man and said the sort of things Jesus said would not be a great moral teacher ... either this man was, and is, the Son of God, or else a madman or something worse ... but let us not come with any patronising nonsense about his being a great human teacher. He has not left that open to us.”

The same might be said for anyone who turns up today claiming divine authority, Messiah’s mysterious figure included. Al Masih names himself ‘the Word’, literally God’s will made flesh. Yet he displays little of God’s power and characteristics. Particularly, he lacks the mercy and compassion that so characterised Jesus, not to mention his openness.

In fact, what keeps the controversy of Messiah going are the truths Al Masih refuses to reveal. But Jesus is rejected for the opposite reason. He tells those who reject him it’s not because he hasn’t been plain about his purpose or identity, it’s just that they can’t stand to hear the truths he says about them: “... for I came from God and I am here. I came not of my own accord, but he sent me. Why do you not understand what I say? It is because you cannot bear to hear my word.” (John 8:42-43 ESV).

* Mark Hadley is the culture writer for Others and one of Australia's leading Christian communicators.