You are here: Home › Salvation Stories › No Longer An Angry Man

No longer an angry man 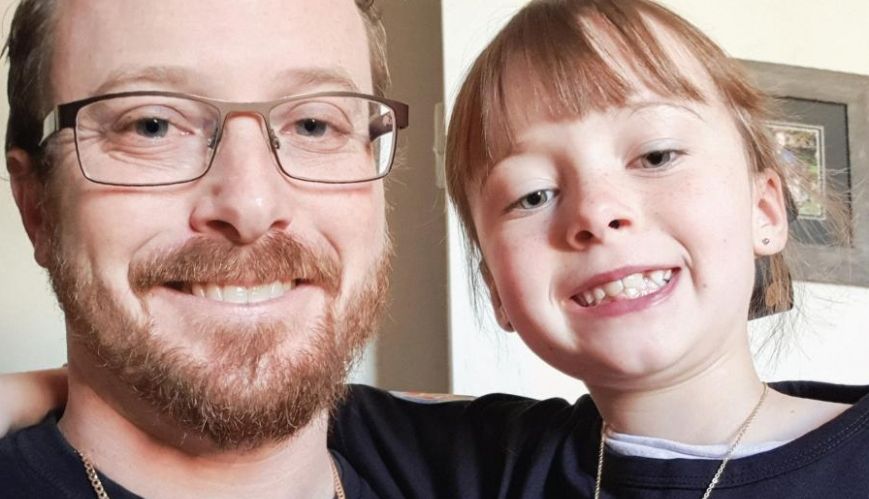 No longer an angry man

Cameron with his daughter, at Kalgoorlie Corps where he found a spiritual home.

I have actually been dealing with The Salvation Army as a contractor for years.

I run the technical side of my family’s security business and we installed an alarm about 10 years ago at Kalgoorlie Corps, and I’ve been in and out as a contractor since then.

From that I built up a good friendship with Captain Mark Schatz [former Kalgoorlie Corps Officer.] In 2016, my wife and I were having issues.

Mark suggested coming in for marriage counselling. [When the marriage didn’t work], it turned from relationship counselling to anger management counselling.

I was very angry at the time and I had started drinking a lot – I was drinking up to three bottles of Jack Daniels a week. It was getting to the point where I would have considered myself a functioning alcoholic.

Mark suggested I do The Salvation Army’s Positive Lifestyle Program (PLP). I agreed, but I said to Mark, “Do not try to get me to come to church.”

My whole life I’d never had any form of faith. Over the Christmas period we decided to put the PLP program in recess, but then I took a backward step.

On New Year’s Eve, I ended up drinking to the point where I still don’t remember parts of the night.

I told Mark that, and he said to me, “Well, we need to get back into PLP.”

The first PLP session back, Mark said, “You obviously feel very comfortable here”, because I had been spending a lot of time installing a CCTV system at the corps and just hanging out with the guys that were staying in the temporary accommodation there.

So, he ended up inviting me to church. He said, “You don’t have to believe, just rock up.”  I came to church and felt very comfortable and Mark gave me a four-week challenge, which he’s well known for.

Basically, I would rock up for four weeks in a row, even if I did not like it, just rock up and at the end of that four weeks if I still did not think it was for me then there would be nothing mentioned of it after that.

At the end of that four weeks I decided that it was the place for me, but I still wasn’t a 100 per cent believer.

During Easter 2017, we had a Passover meal on the Saturday night. It was about an hour after I got home from that event, I experienced a miracle.

All of a sudden, I believed! I went to the service on Sunday and I was seeing things completely different. I gave my heart to Jesus that day and never looked back!

My outlook has changed significantly. I look at the world with a lot more purpose; I’m a lot happier within myself; I feel more content within myself.

For several years I had apparently been known as a very angry and hostile person, but now people say I am happier, friendlier and not angry all the time.

I was enrolled as a soldier this year and I’ve preached a sermon. Next year I’m starting a certificate four in ministry and theology.

I can see myself going to college and becoming a Salvation Army officer one day.