You are here: Home › Salvation Stories › Nurtured By The Love Of A Church Family

Nurtured by the love of a church 'family'

Nurtured by the love of a church 'family' 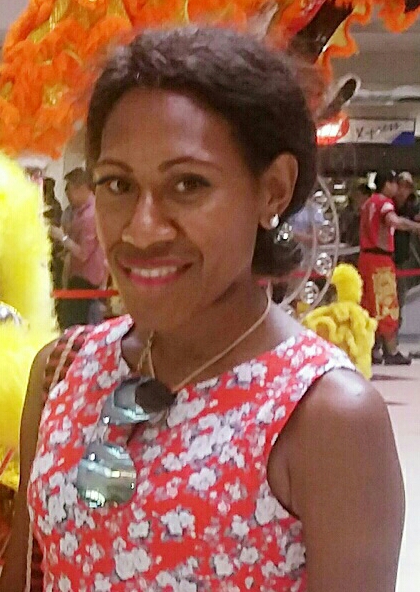 Jane (pictured right) has experienced many miracles in her life, yet they have never ceased to fill her with awe.

Like the time when she and her daughter were driven back to their unit from hospital after the birth of her son. The baby boy was a miracle himself actually, startling her with a resounding “thump” from the womb towards the end of her first trimester as she considered an abortion. Should she give birth to a child created through such violence? Her short-lived abusive marriage had taken its toll and Jane was filled with doubt and fear.

His premature movement had saved his life that day. “I said, ‘I’m not going to abort him, I will keep him because he doesn’t know anything, he’s innocent,’” she remembers.

But back to the homecoming.

Jane had only just secured the rental unit when on came the onset of labour. Before that, she and her daughter had been staying at The Salvation Army’s Samaritan House after being found wandering the street in their night-gowns. (When Jane got a chance to leave her husband late one evening, she ignored the inconvenient timing and had seized the opportunity.)

It wasn’t the first time they had been homeless. They had arrived in Australia from Jane’s homeland of Papua New Guinea in 2011 mourning the death of her partner – her daughter’s father. Jane’s daughter was an Australian citizen but Jane was not. Visa restrictions meant Jane couldn’t work. If it wasn’t for The Salvation Army’s Centennial Lodge for homeless men, women and children in Cairns, the pair would have been left wandering the streets way back then. They were safe and loved there, but everything changed when Jane met and married a man from Sydney in a whirlwind romance that turned to physical, emotional and sexual abuse not long after the honeymoon.

That’s what had led to the late-night escape.

The rental unit Jane had finally secured after months of support from The Salvation Army’s Samaritan House for homeless women and their children was clean, safe, but empty. It was problem that Jane set aside when her contractions began, to think about “later”.

“Later” arrived a week later, and, now with two children in tow, Jane was dropped off at her unit by a woman her kids now call “Nana”. She opened the door and began to cry as the awe of the miracle engulfed her.

“Everything was already there,” she remembers, tears rolling down her face. “You name it, I needed it, from my cupboards to clothes, everything. My son’s cot, baby clothes, from birth to 12 months. My bedside table, my bedding, everything for my daughter too. The lounge room – couch, TV table, dinner table, chairs. The kitchen – all the cupboards filled up with all the plates and pots and food was there.”

It was all the work of Sydney’s Dulwich Hill Salvation Army. The church family had embraced Jane and her daughter as soon as they had turned up one Sunday morning for church a few months earlier. They had listened to her story, shared her heartache, and wrapped their arms around her as a member of the family.

Because at the Salvos, we believe no one should have to “go it alone”.

Jane’s newfound family all pitched in. Furniture was sourced and donated, clothes were purchased, household goods and appliances sought out. No detail was left unattended.

And the blessings kept on flowing. A weekly ministry supplying free food and household items to boarding house residents and locals in need, run by volunteers from Dulwich Hill Salvation Army, visited her regularly with groceries and other supplies. Jane had little income due to her visa status, yet she and her son were accepted at The Salvation Army’s Mainly Music playgroup and other events, despite having no means to pay. Her daughter’s kindergarten school fees were paid and uniform supplied.

But having her material needs met in such an abundant way was just the icing on the cake for Jane. The real blessing was receiving love, acceptance and a “family” she never had.

“I don’t have family here, my only family is my son and my daughter and ... my church friends from The Salvation Army ... they are my family, that’s all I have.

“Christian doesn’t mean to you go to church every Sunday, you have to be kind and help one another every single day. And that’s what I saw in The Salvation Army.”