You are here: Home › Salvation Stories › Speaking From Experience 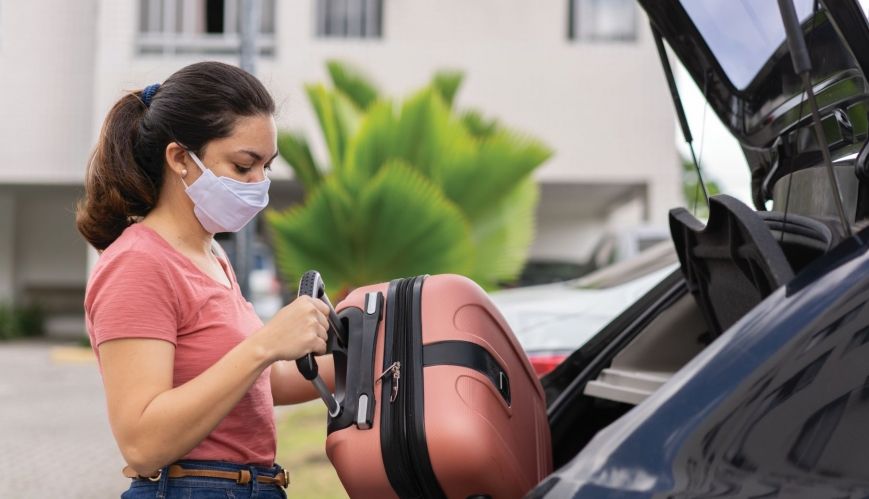 Fleeing domestic violence is not always simple or an easy process for victim-survivors.

I grew up in Shiraz, Iran, a very beautiful city. I was living with my parents and working as an English teacher. My family, including my two brothers, have always been supportive, and we are all close.

After teaching for several years, I decided to get my international English teaching certificate. I went to Tbilisi, Georgia, in 2017 for this course and was offered work at the British Council in Georgia, so ended up staying there for two years.

During this time, Ehsan*, my mother’s cousin, who lived in Australia, told me he had been in love with me for years and proposed. He came to Tbilisi for a visit so we could spend time together. He wanted to get married in Iran, but I wanted to go to Australia and get to know him better first.

I returned to Iran in July 2019 and soon received a visa to Australia. I would stay with Ehsan in his big house and have my own room. I wanted to find a job and be independent, but he insisted I stay at home. He said he didn’t trust me and didn’t want me working.

I started talking to my mum more and more, and Ehsan said I could only talk to her and my friends when he was around. When I told him he couldn’t control my relationships, he took my phone and threw it at the wall.

I’ll never forget the night he raped me. Afterwards I went to the bathroom, crying loudly, but he didn’t come to help me. I had some bleeding and didn’t know what to do. I called my mum – she was crying and told me to book into a hotel, but I didn’t have money or a job and there was no one to help me.

Ehsan became more and more aggressive, and I called his brother’s wife telling her what I was experiencing. When she and Ehsan’s brother came there were insulting words and a physical fight. I called the police, and when I told them the police were on their way they ran out of the house. Two or three days later a lady from Police Victim Services called and asked me if I wanted to leave.

Soon afterwards, when Ehsan left for work, I took an uber with all my luggage, telling the driver that I was running away. I went to The Salvation Army for emergency accommodation. I went to Samaritan House and my first case manager talked to me. We met with the police, and I gained an AVO so I would not be threatened again.

I then met with a solicitor who gave me good advice, and I got my permanent residency visa. I got a job as an admin assistant in community services, where I worked for six months, before losing the job due to the COVID-19 lockdown.

I was on Centrelink payments for a long time, but my second case manager found a transitional place and set up an apartment for me. During this time, I had many hours of consultation with a psychologist from victim services. The Salvos helped coordinate all this, and I am so grateful to them.

When I lost my job, I made cakes and pastries and sold them on Instagram. My little business was good for my mental and physical health. Later I again started looking for a job and got a three-month contract as an admin accountant, and then a short-term casework job.

I preferred to have a longer contract to feel more secure and started at a Sydney multicultural community service. I studied at TAFE for a diploma in community services and got a job with St Vincent de Paul as a case manager.

When I lived for 10 months in a Salvation Army refuge, I saw domestic violence from so many different perspectives involving people from so many countries. I very much wanted to work for the Salvos so I could help those who are fragile and vulnerable.

Now my clients know that I have been there too, and they are grateful that I can help them overcome their problems. My job is so rewarding – after my traumatic experiences, helping and supporting people in similar situations is what I love to do.

*Names have been changed.