You are here: Home › Salvation Stories › This Is Just The Beginning

This is just the beginning 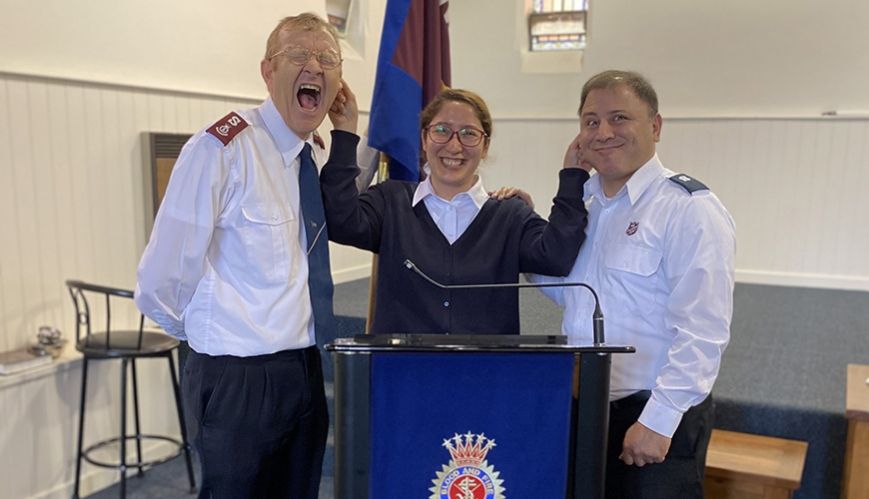 This is just the beginning

I was born in Iran. We moved to Tehran [capital of Iran] when I began high school. We [girls] had to wear the hijab and strictly practise Islam. I had a lot of questions about God, too. Who is he? Who am I talking to when I pray? Who is listening? Nobody had answers for me.

I went to university and studied accounting. I had a boyfriend, but we could really only go out for coffee. I didn’t tell my parents about him. We did get married when I graduated and then I started working. It was the biggest step of my life. I felt so independent and had less harassment issues as I wore a wedding ring. I still earned less than men doing my job and had to work harder. I loved it though, and the skills and experiences it brought me professionally and personally.

Over time, I realised my husband and I weren’t equal in our relationship. There was domestic violence. I couldn’t live that way. I decided to divorce, which was a huge step. I had to fight for it and my life was turned upside down.

Living as a single, divorced woman in a Muslim country was hard. Travelling to Europe, China and other parts of Asia became possible. I met open-minded people and wanted to know why they were so different.

My brother came to Australia in 2011. I visited him [several times] and found it very different from anywhere I’d been. I liked the whole environment.

An Iranian friend introduced me to the Brunswick Salvos in Melbourne, and to Major Colin Elkington, the Salvos officer there. My whole life changed. I believe it was God leading me to this point. Although I stopped being a Muslim at university, I felt God was there, somewhere, and he would show me the way. I never thought that praying five times a day would help me; I talked to God when I was walking or going to bed. When Colin explained how God connected with us, I knew I had been talking to Jesus in those times.

It was all a miracle, and it was all Jesus. I became a Christian and a member of The Salvation Army. I couldn’t go back to Iran, so I applied for a protection visa and found work at the same time as it came through. Another miracle.

I am not the Sara I used to be. I want to care for others and share the love I have received. I look after my niece, go to a Farsi-speaking Salvos church, volunteer, help my family and others when I can. God has led me here. It ends with Jesus and yet it is just the beginning!