You are here: Home › Viewpoint › New Life From The Ashes

New life from the ashes 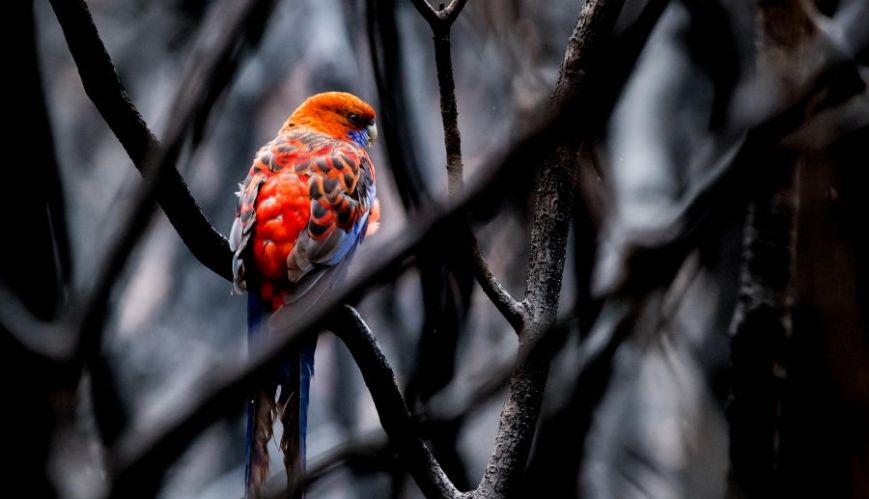 New life from the ashes

Carolyn Hide’s photography was selected for display in the ‘Out of the Fire: Resilience in the Face of Natural Disaster’ exhibition at the Blue Mountains Cultural Centre in Katoomba, running from 29 February to 15 March.

“But the mob shouted louder and louder, demanding that Jesus be crucified, and their voices prevailed.”

During the recent bushfire emergency there were many people who could only see the devastation and destruction, even when the smoke had cleared. Some of these voices became louder and louder, shouting that the bush and, in fact, the whole country could never recover from this inferno.

My husband Neil and I live quite literally on the fringe of where a fire swept through the Grose Valley in the Blue Mountains of NSW late last year. From the middle of December, we watched the fire creep closer and closer to our home in Blackheath, and then we received a text in the middle of the night of 22 December advising us to evacuate.

As we read the reports in social and mainstream media, we’d be forgiven for thinking that we were all doomed, that no one could survive the monster blaze that was on the march. Although the fires were intense, not one life was lost in Blackheath thanks to the valiant efforts of the firefighters. Some properties were razed but, to my knowledge, there was no serious injury to anyone in our town.

In the aftermath of the fire, the scene was sobering, but there was also much to celebrate. I continued to look for the positives around me. The community spirit soared, and everyone was looking out for each other. Strangers would stop and make sure that we were okay. Through it all, Neil and I didn’t want to be perceived as ‘fire fascinators’, but we would evaluate the situation on a regular basis by driving around the town to be able to make an independent, informed decision about whether we should stay or leave. Each time we embarked on these risk assessments we packed the car with the essentials.

Through all of the conflagration, we had confidence that the Lord was keeping us safe and that he was ‘not finished with us yet!’

Once the smoke started to clear and the helicopters, with their big water buckets slung below, ceased hovering over our home, we began to find the signs of regeneration we knew would be starting to show through the ash. Less than three weeks after the worst of the fires we did, indeed, find our bush re-emerging as we knew it would.

An expedition out to Newnes, about 70km north of Blackheath in the Wolgan Valley, also proved our theory that the wildlife was not annihilated as the media would have us believe. In all our travels, I have never seen so many kangaroos and wombats congregated in the middle of the day along such a very extensive stretch of road. A large diamond python even slithered in front of our car to prove that the reptiles had also survived. God has given nature their own fire survival plan!

Through the smoke it was not always clear to see but, as in all life’s journeys, having faith in the Lord kept our focus on the important things of life. We survived yet another challenge and look forward to a thriving, enriching future.

Carolyn Hide is a Salvationist and freelance photographer (www.cazeilcreative.com.au).