You are here: Home › Viewpoint › Pruning Back Patriarchy 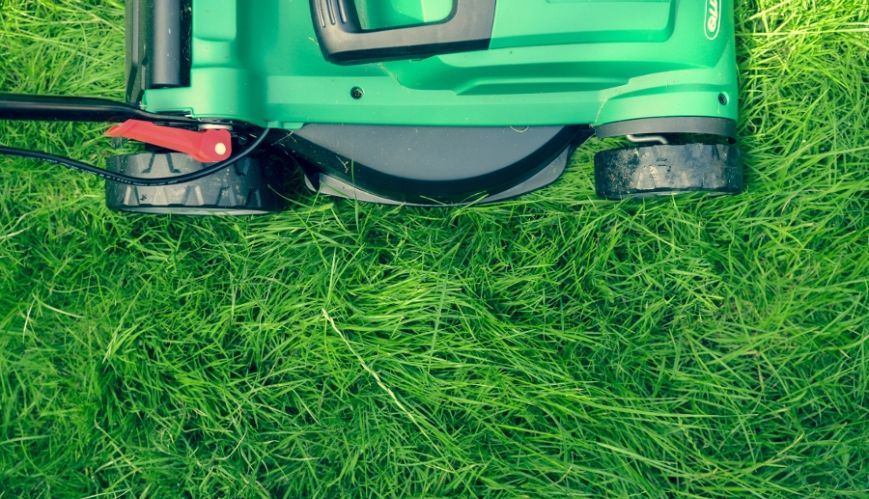 Patriarchal attitudes towards gender stereotypes are taught, learned, and reproduced in a variety of social settings. Photo: Daniel Watson

A few months ago, with a rental inspection looming, my housemate and  I “attempted” to do some gardening. I  say “attempted” because we weren’t very successful in tackling the jungle that our rental property had become. The front yard was overrun with weeds and the  back was thick with unkempt shin-length grass. Nonetheless, we borrowed a friend’s lawn mower and whipper snipper and set aside an afternoon to redeem the garden.

While I battled the weeds in the front yard my housemate mowed the back lawn. After some time she triumphantly called out to me to show off her handiwork. Then we realised we didn’t know how to turn off the mower. Being the independent young women we are, we performed a quick Google search to assist us in the dilemma. Then we spent 45 minutes trying to replace the trimming line in the whipper snipper, and ultimately gave up because we couldn’t get the whipper snipper to start.

If we were two male housemates we’d probably have had a considerably different experience. Australian society is structured around a myriad of factors  that interact – class, wealth, race, politics, and mateship – to name a few. But one issue that I think is of utmost importance for Salvationists to comprehend and critique is how gender stereotypes impact the lives of men, women and children. Stereotypes pervade our society. Whether we realise it or not they are inherent in our values, customs, norms and ultimately we live and embrace those gender stereotypes personally.

My experience trying to garden is  the result of a complex system where stereotypes have informed what society deems as the appropriate roles for  men and women. My brothers were taught to mow the lawn because they were boys. Anyone who knows my family knows that my parents strive for equality within their marriage – what was at play here was not a deliberate challenge to equality, it was patriarchy.

Patriarchy is a social system in which males are allotted primary power and privilege. It is the dominant form of organisation in Australia. Within patriarchy, particular people profit and others lose. For example, one in three Australian women have experienced physical violence since the age of 15 (ourwatch.org.au/Understanding- Violence/Facts-and-figures), and a recent report revealed girls receive 11 per cent less pocket money than boys (ACTU, 2016, Women are still losing out).

Patriarchy impacts men too – being a young male is a risk factor in developing mental illness – because men are taught that being emotional is emasculating (The Department of Health, 2009, Preventing mental health problems and mental illness, and reducing suicide risk). Gender stereotypes are harmful; they reinforce strict and harmful ideations of gender, contributing to the environment in which gender inequality permeates all levels of Australian society.

In patriarchy, masculinity is held up  as the ideal. Phrases like “man up” ask people to become less like a woman, as  if being a woman is a bad thing. “Throw like a girl” is used as an insult. When a woman is assertive, her male counterparts perceive her as bossy. Men are considered weak when they cry or display emotion.

These patriarchal attitudes towards gender stereotypes are taught, learned, and reproduced in a variety of social settings. Yet, patriarchy is not what God intended for humankind. In fact, it’s a direct consequence of the fall (Genesis 3:16). A world where people experience inequality because of their gender is not what God planned for men or women.

The creation story clearly articulates  that humanity is created in the image of God and we are created to reflect God’s glory. Men and women; masculinity  and femininity display God’s glory and splendour. Genesis 1:27 tells us that  the diversity of humankind, presented  as the creation of both female and  male, does not diminish the image of God inherent in each individual (The Salvation Army Australia Southern Territory, n.d. Holy Reflector Sermon Outline . That is, the difference and diversity of humanity does not limit God’s image in us. The issues with gender stereotypes and the behaviours informed by those stereotypes is that they ultimately harm individuals – they do not treat people  as if they are made in God’s image.

It is important for Salvationists to rethink gender and the way we view women and men. We say that  men and women are equal, but in our actions and behaviours we restrict each other to stereotypes that bind us to a patriarchal system. Are we honouring and embracing the image of God in people when we adhere to those patriarchal processes? What if we were to celebrate masculinity and femininity in women and men as an expression of God’s glory? What would God’s Kingdom look like in the absence of gender stereotypes and gender inequality?

Amanda Merrett is Assistant to the Social Justice Secretary in the The Salvation Army Australia Southern Territory.