You are here: Home › Viewpoint › Putting The Salvation Back Into Our Army

Putting the 'salvation' back into our Army 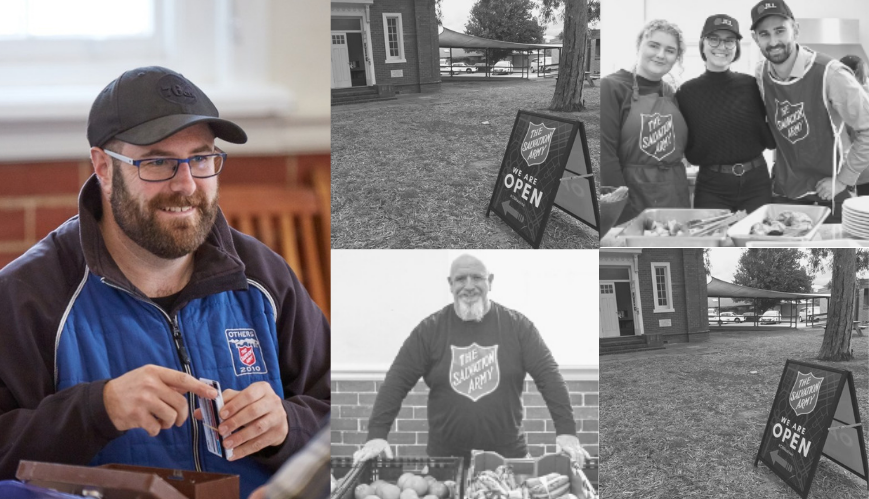 Putting the 'salvation' back into our Army

Lieutenant Mitchell Stevens (left) says The Salvation Army is morphing into a contextual movement that demonstrates the salvation of Jesus in physical and spiritual ways. They have witnessed this at Canberra City Corps after transitioning to a Recovery Church model, and are reaping a spiritual harvest due to the new approach.

I am quite certain that they think I am probably a reason The Salvation Army is dying. I wear shorts and a Red Shield shirt, I preach in sneakers, I don’t choose songs from the song book, and God forbid I let kids stand on the mercy seat (including mine). In my current appointment at Canberra City Corps, we decided to move from a mix of traditional and AOD recovery (contemporary) to solely a ‘recovery corps’ – a move from the past to the present, moving away from the religious traditions of the Army to the roots of the Army. And guess what? We are seeing people receive salvation!

I like The Salvation Army ... a lot. I grew up in the Army and have studied about and within the Army. But I do not love The Salvation Army. It is an organisation with flaws and constraints. I do, however, love God and people. The early Salvos weren’t hung up about religious constraints; they were the ones breaking them! William Booth had found his purpose in life by preaching the good news of salvation to the poor – salvation, both spiritual and temporal (physical).

Booth famously said, “If I thought I could win one more soul to the Lord by walking on my head and playing the tambourine with my toes, I’d learn how!” The Salvation Army might not look like it once did, but it was never meant to look like one specific thing. The early Army was willing to do whatever it took to win the world for Jesus. But, The Salvation Army got stuck in religious constraints built from its successes in the past (just read Partnering With God by Lyn Edge and Greg Morgan).

I understand why we became the ‘church’ with brass bands and songsters dressed in navy and white uniforms. However, the fact that we are moving away from those days does not mean The Salvation Army is dying. We are changing – morphing into a contextual army that demonstrates the salvation of Jesus in spiritual and physical ways.

When my wife and I were at college, we made friends with a family from a more traditional background. We had a beautiful long weekend with them once, and as we had a meal with lots of laughs and conversation, this person said something that had a great impression on me. They said, “I’ve had my time; it’s time for the younger generation to take over.” This wasn’t a comment saying older people had no use in the Army but that the younger generations needed to start leading the way in ministry.

It might be bold to say this, but the Army needed to die a little so the younger generation could take the direction of the ministry of The Salvation Army. When we transitioned to a ‘recovery corps’, we needed our retired officers to encourage and invest in us as we made the bold and quite painful decision. Their enthusiasm for salvation and transformation in new and contextual ways was vital; without them, we wouldn’t have been able to do this. We now have a community that boasts all generations, various cultures, backgrounds and new Salvos. We aren’t anything special, nothing fancy. We just love people and tell them about salvation.

The Salvation Army is not about form or structure. It is not about how we used to do things. It is about meeting our community’s spiritual and physical needs right here, right now! It was quite obvious in our community to make a move to become a ‘recovery corps’ after nearly 20 years of connection.

Captain Mitchell Stevens is a Corps Officer at Canberra City.