You are here: Home › Viewpoint › Rock Lyrics Straight From The Good Book 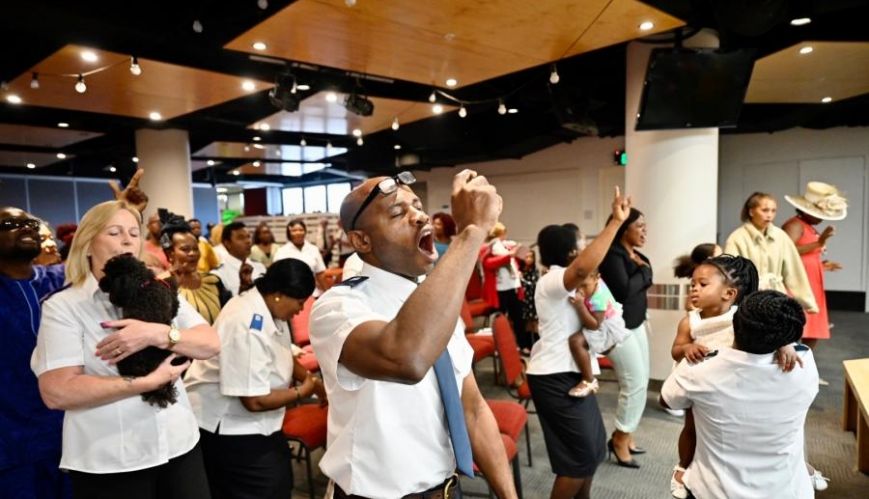 For 2000 years, Christianity has had a huge influence on various parts of our culture, including the arts, literature and music. Not surprisingly, this includes an influence on what could be classed broadly as ‘popular music’ – the music that has ‘hit the charts’ since the arrival of rock ’n’ roll in the late 1950s.

Sometimes this is blatantly obvious, especially in songs that either use Bible text directly (such as Boney M’s ‘Rivers of Babylon’, based on Psalm 137, or Pete Seeger’s ‘Turn! Turn! Turn!’, based on Ecclesiastes chapter 3); or refer to God or Jesus directly (such as Norman Greenbaum’s ‘Spirit in the Sky’ or Joan Osborne’s ‘One of Us’).

Other songs, however, are more subtle; sometimes using a phrase from the Bible or alluding to something related to Christianity or the Church. A good example is Van Morrison’s ‘Bright Side of the Road’, in which he sings: ‘And time seems to go by so fast / In the twinkling of an eye.’ Most listeners wouldn’t, I assume, pick up on it, but as he sings this, Van Morrison quotes the Bible. In the book of 1 Corinthians, the apostle Paul is writing prophetically about the last days and eternal life and he says, ‘we will all be changed, in a flash, in the twinkling of an eye’ (chapter 15, verses 51 and 52).

A few other examples of artists referring to the Bible would be Mumford & Sons’ ‘Babel’ (referencing Genesis chapter 11), Sia’s ‘Eye of the Needle’ (Matthew chapter 19), Hozier’s ‘Movement’ (Jonah chapter 2) and Bon Jovi’s ‘Blaze of Glory’ (Genesis chapter 4) just for starters.

In popular music, the Bible also shows up in some very unexpected places. In 1982, heavy metal band Iron Maiden released their album The Number of the Beast. A number of the songs referenced the biblical book of Revelations, and the track ‘Hallowed Be Thy Name’ refers to God, a priest, the soul and eternal life – apart from the fact the song title itself comes from the Lord’s prayer!

Maybe another unexpected one is alternative rock band Linkin Park’s ‘What I’ve Done’ in which Chester Bennington sings:, ‘Let mercy come and wash away / What I’ve done.’ It’s the sort of lyric many an angst-ridden teen has sung without, possibly, even thinking about what mercy is or where it comes from.

Even the phrase ‘wash away what I’ve done’ has a faith background, and reminds me of baptism and also the old hymn that says, ‘What can wash away my sins? / Nothing but the blood of Jesus.’

It’s hard to imagine what the world would look like if all the Bible references suddenly disappeared. Whether you’re a Christian or not, your world would change. Every time you sing about the ‘broken-hearted’ you’re quoting Psalm 34, verse 18; ‘a sign of the times’ is from Matthew chapter 16, verse 3; to ‘harden your heart’ is from Exodus chapter 4, verse 21, and the ‘apple of your eye’ comes from Deuteronomy chapter 32, verse 10.

Academics debate the number, but most would say at least 200 common phrases and words still used today originated in the Bible. So, it makes sense that some of them would end up in songs. Another example: as soon as you sing about following someone to ‘the ends of the earth’, you’re quoting Deuteronomy chapter 33, verse 17.

I remember when a young friend first played me the Iron Maiden album. He opposed Christianity ... but loved the album. I listened and told him that the songs were full of references to the Bible. The colour drained from his face, then he smiled and said, ‘“Well, at least we’ve found something we both like.”

So, pay attention when you next sing along to a song on the radio, you might be quoting the Bible!

MAJOR MAL DAVIES IS AN AUSTRALIAN OFFICER CURRENTLY SERVING AS EDITOR-IN-CHIEF IN THE UK.