You are here: Home › Viewpoint › Songs Of Contagious Energy 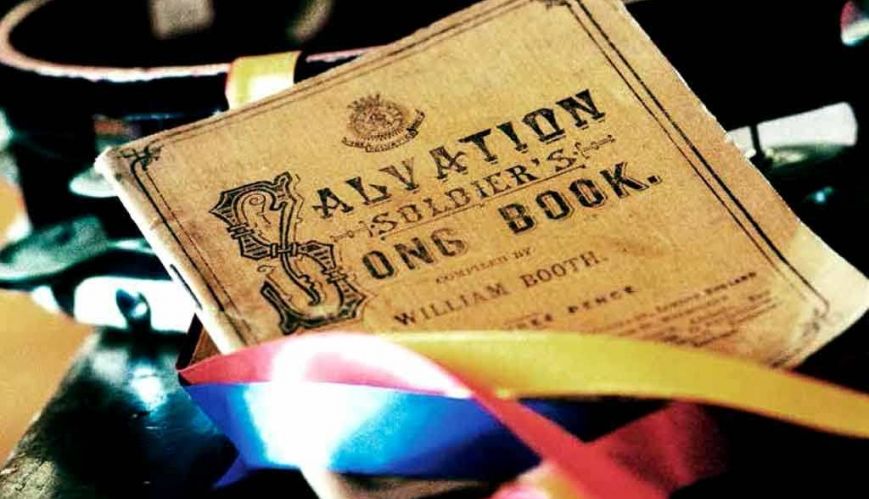 Did early Salvationists have a unique energy source that allowed them to achieve incredible things in the name of the gospel?

If you want to get inside the minds and ethos of early Salvationists, read the songs they wrote.

The utilisation of military metaphors and militarystyle music marked them as being quite distinctive from the religious music of the day.

There can be no question that early Salvationists possessed something of a unique and powerful ethos as they quickly encircled the globe.

In its heyday, The Salvation Army was one of the most predominant religious movements of its time. Many of these songs have fallen by the wayside in the contemporary Salvation Army.

However, if we backtrack and try and see what possessed and empowered these early writers we may well recapture something of that fresh and unique energy that the early Salvation Army experienced.

In many of them, there is a common theme that flows and it can be primarily found in William Booth’s song O Boundless Salvation.

In the third line, there is a key and an insight into the minds of these early Salvationists: “The whole world redeeming, so rich and so free” (509 SASB).

Not to be left out, George Scott Railton caught the theme when he wrote: “Salvation Army, Army of God, onward to conquer the world with fire and blood” (955 SASB); “All the world shall hear us, as fresh converts still we gain” (976 SASB); “Through the world resounding, let the gospel sounding” (978 SASB), while another early Salvationist Thomas Marshall was very clear as to how he saw the mission of the Army: “We’re the soldiers of the Army of salvation, that God is raising now to save the world” (942 SASB).

The same manner of mindset can be seen in much of the Army’s brass band music, with Eric Leidzen’s The Invincible Army and Arthur Gullidge’s Unconquered.

There are many more in the same rich vein. What are we to make of their literary and music sentiments? The aspirations expressed never really eventuated. The whole world was not redeemed in William Booth’s time, nor has it been since.

Are we to see them as largely symbolic and some sort of poignant gesture? Were they just really poor deluded souls completely out of touch with pragmatic reality?

Or could it be that these early Salvationists had discovered a unique energy source unlike any other that empowered this asset-poor organisation?

What they intrinsically knew was that an unpretentious belief in an ideal creates a powerful and contagious energy. It was that energy that allowed the early Salvation Army to achieve incredible feats around the world.

When people believe in, and wholeheartedly commit themselves to, an ideal, they unleash enormous power and potential, an energy out of all proportion to the size of their organisation.

The truth is that the Bible deals in ideals, not current, human realities. The critics would say that is fairyland living and we need to face up to the real world! But ideals are important; they are uncontaminated and uncorrupted, and they give us a measuring stick against which we can evaluate human behaviour.

I notice a great emphasis today on hope, and every individual needs hope. However, while hope may lift the individual, it is that intrinsic and unswerving belief in an ideal that empowers and motivates organisations such as The Salvation Army.

Perhaps we need to reach back into our history and re-read some of those early Salvation Army songs. In so doing we may catch and integrate something of that dynamic energy that empowered and drove the early Army.

Major David Woodbury is a former editor of Salvation Army publications. He blogs at woody1940.blogspot.com