You are here: Home › Viewpoint › The Lonely Crowd 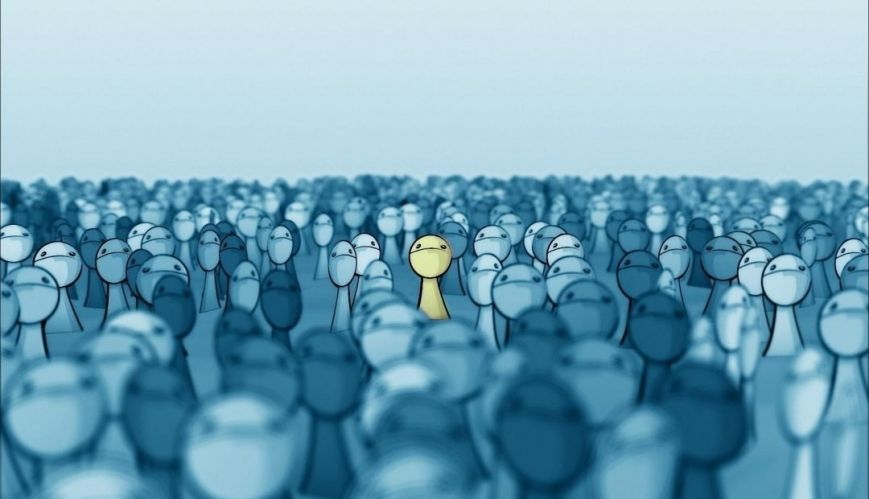 Newcomers can find it difficult to ‘break into’ the crowd at church.

I’ve lost count of the number of Christians who’ve told me they either stopped attending church or left their church to join another one because they couldn’t make any friends there.

They report that the church people were friendly enough. They were hospitable and welcoming. As one person told me: “They’re nice to you, but no one becomes your friend.”

And it hurts when all that friendliness leads only to friendlessness.

In the 1950s, sociologist David Riesman coined the term ‘the lonely crowd’, in part to describe collectives of people who live according to common traditions and conforming values, but who barely know or like each other. I fear the church is in danger of becoming just such a lonely crowd.

I know pastors think long and hard about how to be better preachers and leaders, how to calibrate the church’s ministries to meet needs and serve others, how to be more missional, more adaptive, more innovative. These are all good things. But is it possible that all that leadership development, visioning, and ministry planning might be wasted if people can’t find friends and just drift away?

Before hosting any more conferences or seminars on vision-casting, living your best life, or finding your spiritual gift, how about we start equipping people in friendship-making? Becoming and being a friend isn’t easy. It takes intentionality and training. It might be your church’s next major challenge.

It’s not just the church

Before we start beating ourselves up about how friendless churches can be, we should note that this is a society-wide problem. In his book, Social, Matthew Lieberman reports on a survey of people’s social connections that was done in 1985 and again in 2004.

People were asked to list their friends in response to the question, “Over the last six months, who are the people with whom you discussed matters important to you?” In 1985, the most common number of friends listed was three; 59 per cent of respondents listed three or more friends fitting this description.

But by 2004, the most common number of friends with whom you would discuss important matters was zero. And only 37 per cent of respondents listed three or more friends. Back in 1985, only 10 per cent indicated that they had zero confidants. In 2004, this number had skyrocketed to 25 per cent. As Lieberman says, “One out of every four of us is walking around with no one to share our lives with”.

Like my first point, it might be fairer to say most people aren’t good listeners. The inability or disinterest in asking meaningful questions that indicate an interest in another person is a huge impediment to making friends.

Listening is key. When someone is a good listener they are able to seek similarity with someone else. It’s impossible to show empathy or celebrate the positive in a person without first hearing from them. And without an awareness of similarity, empathy and celebration, friendships just don’t get started.

Listening is not the same as hearing or waiting. Therapists refer to active listening to distinguish between giving someone your full concentration and just passively ‘hearing’ them.

Frankly, I think church people can be so bad at it they need training. Churches should run regular workshops in active listening. Good listeners know how to harness all the non-verbal cues that show they are listening, such as making non-threatening eye contact, smiling, maintaining an open posture, mirroring (reflecting facial expressions), and eliminating distractions.

They also need to know how to utilise verbal skills like remembering things that were said, gently questioning someone for greater clarification, and using reflection techniques (closely repeating or paraphrasing what the speaker has said in order to show comprehension).

These things don’t come naturally for most people. Train your congregation to be active listeners.

Church people struggle to be vulnerable

Friendship is more than just listening, although that’s an essential start. Getting close to people, becoming their friends, involves something more. It involves vulnerability.

Face it, people don’t become besties by only discussing the weather.

Allowing yourself to be vulnerable helps the other person to trust you, precisely because you are putting yourself at emotional, psychological, or physical risk. Other people tend to react by being more open and vulnerable themselves. The fact that both of you are letting down your guard helps to lay the groundwork for a faster, closer personal connection.

The great enemy here is shame. Nothing silences us more effectively than shame.

Sadly, church people are often the most shamed people. This could have come from old church patterns about needing to appear clean and tidy and always winning. Our church might have taught us to never show the parts of our lives that are messy, dirty or embarrassing. I think that might be because a lot of churches unwittingly promote perfectionism, which is a condition in which people constantly ask, “What will they think?”

But as Brene Brown says, “The irony is that we attempt to disown our difficult stories to appear more whole or more acceptable, but our wholeness – even our wholeheartedness – actually depends on the integration of all of our experiences, including the falls”.

Brown also writes, “If we can share our story with someone who responds with empathy and understanding, shame can’t survive”.

It’s in the courage of vulnerability we find connection with another and then, potentially, friendship with them.

Friendships take time. It’s the thing spouses and friends fight about the most – unavailability.

In his book on friendship (helpfully titled Friendship), Daniel Hruschka reviewed studies on the causes of conflict in friendship and found that the most common arguments boil down to time commitments. Spending time with someone is a sure indicator that you value them, and feeling undervalued is a sure-fire friendship killer.

A New York Times report concluded, “the leading cause of persistent relationships is reciprocity – returning a friend’s call”. The report cited research that said enduring friendships require friends to touch base at least once every 15 days. If we want our churches to be more friendly places, we need to encourage people to create time for friends.

Churches are good at running programs and promoting faith. As a result, a lot of church conversations are either about serious matters of faith (Bible studies, workshops, etc) or focused on the practicalities of volunteering for a ministry or committee.

But many of us know that our really good friendships emerged not by being on a committee with someone, or even attending a Bible study group with them. Friendships are often forged in the conversations that occur when we’re ‘playing’ together. Hanging out, attending parties, camping, hiking, picnicking, goofing off – these are the occasions where people let their guards down and share more deeply.

If a person’s church schedule is crammed with attending stuff, no matter how good that stuff might be, there might be a problem. Validating the importance of play and encouraging people to share in good, fun, non-religious experiences is really important.

The onus shouldn’t be on the newcomer

A lot of people have shared with me how tough it is to break into a new church. It’s the newcomer who has to break into conversations. The newcomer has to find common interests and angle for invitations. It’s often the newcomer who does all the hosting of people for a meal. I can relate to this. Since leaving the church we planted, my wife and I have attended two great churches, but in both cases, we had to work so hard to make relational connections.

It really shouldn’t be the newcomer’s responsibility. Churches should be learning to embody the grace and hospitality of the Gospel and striving to be more like Christ, the friend of sinners. Teresa of Avila wrote: “If Christ Jesus dwells in a person as his friend that person can endure all things, for Christ helps and strengthens us and never abandons us. He is a true friend.”

We can’t sing, “What a friend we have in Jesus” without his friendship affecting how we befriend others.

Mike Frost is the Director of Mission Studies at Morling College. He blogs at mikefrost.net