The Corpus Clock outside Taylor Library at Cambridge University. A clue to understanding the designer’s intention is a Latin inscription below the golden disc: “mundus transit et concupiscentia eius ” - The world and its desires are passing away (1 John 2:17).

Described as “terrifying and disturbing”, one of the world’s most unusual clocks never fails to draw perplexed visitors outside Corpus Christi College in Cambridge, England.

A fearsome giant locust of apocalyptic proportions rides astride a 24-carat gold-plated disc about 1.5m wide. Its sharp-fanged mouth appears to eat up the seconds as its legs relentlessly pull the disc in an erratic clockwise motion, causing an eerie and intermittent metallic sound.

Without hands or numerals, the clock displays the time via slits in the clock face lit by blue LEDs, in three concentric rings representing hours, minutes and seconds. On the hour, onlookers hear the clanking sound of a chain being lowered into a small wooden coffin behind the clock face.

The clue to understanding the designer’s intention is a Latin inscription below the golden disc: “mundus transit et concupiscentia eius.” 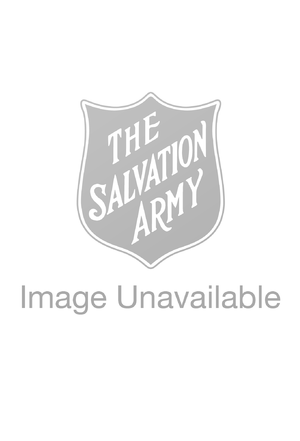 Taken from the Vulgate translation of the Bible verse 1 John 2:17, it reads: “The world and its desires are passing away.”

John Taylor, an alumnus of Corpus Christi College, conceived the idea of the clock as a work of art reminding passers-by that time, too, was inevitably passing by. He calls the locust the “chronophage”, literally the time-eater.

Time, he believes, is not on our side. The “time-eater” will eat up every minute of our lives, salivating for the next moment as he devours the present.

Officially unveiled in 2008, it was listed as one of TIME magazine’s Best Inventions of the Year. It looks out across the King’s Parade, where a blue plaque on the building opposite announces the original site of the White Horse Inn, popularly known as “Little Germany”.

Here, the plaque tells its readers, the English Reformation was born, as Cambridge scholars including Thomas Cranmer, William Tyndale, Nicholas Ridley and Hugh Latimer discussed the latest writings of Martin Luther. It was Thomas Bilney, himself awakened to the gospel message after working through Erasmus’ Greek New Testament, who gathered these friends in the White Horse Inn.

A decade earlier, Erasmus had lived in Cambridge while working on his Greek and Latin parallel New Testament, which in turn was to inspire Luther’s German Bible and Tyndale’s English Bible.

Had Erasmus been able to walk out of the White Horse and see this clock, and the inscription from John’s first letter, he too would have been appalled at the vision of life presented. From his work on revising the Vulgate Latin text, he would have known that the verse goes on to say: “... but he who does God’s will lives forever!”

What a different perspective the full verse gives! Instead of a view of life as slipping away from us all, minute by minute, making our existence meaningless and futile, we discover a God who promises to repay us for the years the locusts have eaten (Joel 2.25).

The clock can be seen as a sad commentary on Cambridge today, on much of the academic world and on Western society itself. Each having grown out of Christian roots, the university, academia and society have largely lost the transcendental dimension which gives meaning. The university coat of arms, for example, shows a Bible at the centre; its motto is “Hinc lucem et z sacra” – “From this place, light and sacred draughts”. But sadly, the Bible no longer is central to the life of the university.

For Cambridge has a rich but oft-forgotten Christian heritage. An excellent place to begin exploring this is at the historic Round Church, built around 1130, now an exhibition centre explaining the story of the university’s founders who wanted to explore both God’s book of works and God’s book of words.

In these days when we hesitate to watch the news for fear of yet another tragic mass killing, or of hearing one more political speech from a populist politician foreboding trouble ahead, we need to be reminded that in God’s plan the “time-eaters” don’t have the last word.

Jeff Fountain is director of the Schuman Centre for European Studies. He blogs at weeklyword.eu