You are here: Home › Viewpoint › Tuning Into Life 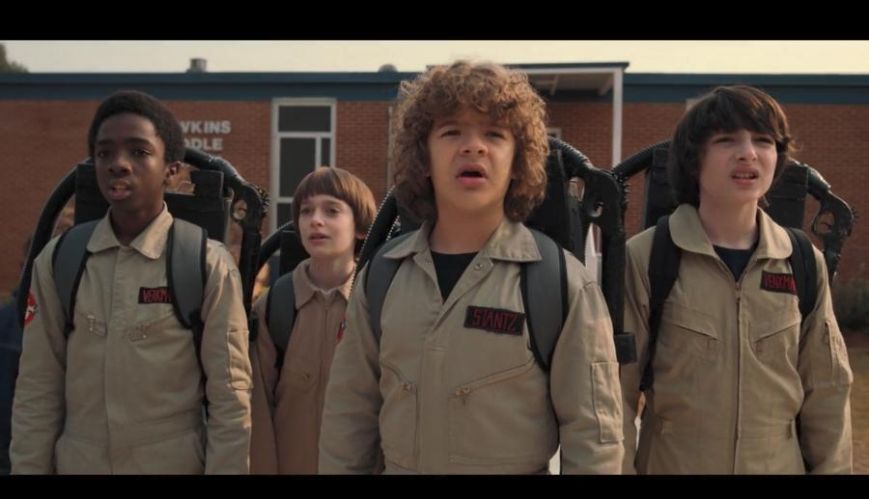 There was a time when we would watch a television program and spend ages talking about it the next day. A time when we waited a whole week (or an entire off-season) to find out what happened next. Not so today. Now we can binge- watch an entire series in one hit.

In the 1990s and 2000s, ER was a must-see TV drama. Episode after episode we wondered if Dr Doug Ross would ever commit to nurse Carol Hathaway. We wondered if Dr John Carter would live after he was stabbed. We wondered what could possibly happen next after that helicopter fell off the roof to land on Dr Romano (awful luck when you consider his surgical career had already ended when his arm was sliced off by a rotor blade in the previous season).

But today we can avoid this whole problem of extended suspense. I’m currently watching Stranger Things 2, having become a huge fan of its sci-fi quirkiness and ’80s nostalgia. Twenty-four hours after the show was on Netflix, I’d already watched three episodes back-to-back.

Which brings me to a more problem atic downside: it’s so easy to waste time watching episode after episode, or even series after series. Yes, I suppose I could watch and iron (although that does make it hard to reach the chips and dip). I could watch just one episode, and then read an uplifting book (my Bible, perhaps?) or simply get an early night. It’s so tempting to keep watching yet I freely confess the couch-potato life is not good for either my body or my soul.

Today’s watch-what-and-when-we-like culture also means we have to be careful not to say too much. I can’t share my excitement, my enthusiasm or my speculation with people about what’s going on in Stranger Things 2 because I might spoil it for them – or them for me.

TV shows used to be connection points that got us talking. (Did you see: Hill Street Blues, Star Trek, Twin Peaks, West Wing, Gilmore Girls, Lost last night?) Today’s TV viewing is more individualised and privatised (it’s almost like the olden days when people read books). So ... just what are we going to talk about now!?

Here’s a thought: maybe this is an opportunity to move on from talking about trivia and go deeper. Rather than talking about who killed JR (or Mr Burns), perhaps we can move on to finding out what is killing people’s purpose in life.

Rather than talking about whether Ross and Rachel will ever get together, we can talk about how knowing Jesus helps us keep the important stuff of life together. In other words, let’s talk about life.

Major Christina Tyson is the former editor of The Salvation Army’s War Cry magazine in the New Zealand, Fiji, and Tonga Territory.