You are here: Home › Viewpoint › What Are We Reconciling

What are we reconciling? What are we reconciling?

As I sit down to write this article we are just a few days away from the start of another National Reconciliation Week. It leads me to reflect on what reconciliation means. What is it that we, as Australian Christians, are reconciling?

The theme of this year’s National Reconciliation Week (27 May-June 3) is ‘Grounded in Truth’. NAIDOC Week (7-14 July), has a theme of, ‘Voice Treaty Truth’. These words can be quite foreign to Australians but repetitive to First Nations Australians.

Even in that disparity there is a greater need for us as followers of Jesus, to understand what we are reconciling. It starts with the question: What is our relationship with our First Nations Australians?

From a Christian perspective, reconciliation has to do with the relationship between God and us. God reconciles the world to himself (2 Corinthians 5:18) through the death of his son (Romans 5:1). Thus, we are no longer enemies, ungodly, sinners or powerless. Instead, the love of God has been poured out in our hearts through the Holy Spirit.

Reconciliation, in the context of Indigenous and non-Indigenous, should then mean that we need to throw down our spears, throw down any sins that have been committed and forge towards forgiveness between White Australia and First Nations peoples.

However, political leaders, past and present, have confused the narrative of what reconciliation is and what it should be. They've pushed different agendas from the ‘fix it’ bucket rather than discussing the position of the ‘relationship’ between First Nations peoples and non-Indigenous Australians.

These are questions that might lead to a greater understanding of the reconciliation process and why the only way forward must be ‘Truth Telling’.

Christians have played a significant role in leading and spreading the reconciliation message. Some churches have begun the process of ‘Truth Telling’ by giving First Nations peoples a voice to be able to tell their stories, then making official statements of apology, sorrow and regret for their part in the injustices which First Nation peoples have experienced.

The reconciliation process has been around for almost 20 years. In the 1990s, then-Prime Minister Bob Hawke promised Aboriginal Australia a treaty, but could not deliver on it. So, he established the Council for Aboriginal Reconciliation.

His decision to establish a reconciliation process came from a political compromise rather than a pursuit of truth and justice. This is a crucial point in understanding why, after 20 years, this relationship is still full of pain, trauma, frustration and unfinished business for all involved.

In countries like Canada, South Africa and the Congo, the process of reconciliation began with a Truth Commission, tasked with discovering and revealing past wrongdoing by a government (depending on the circumstances) in the hope of resolving conflict.

So initially, the reconciliation process in Australia should have focused on ‘Truth Telling’, but went straight to ‘problem solving’ without any knowledge or recognition of history and the impact it has had on First Nations peoples.

The Council for Aboriginal Reconciliation has done amazing work, but these positive steps led by the renamed Reconciliation Australia mean nothing if the conversation continues to fall on deaf ears. Rebuilding such a damaged relationship can only start with ‘Truth Telling’.

You can’t force reconciliation on a non-existent relationship; there has to be a want for resolution and a need to understand the position of the relationship and how it got to its current position. 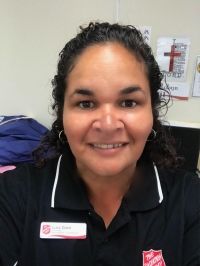 Bringing Aboriginal and non-Aboriginal people together at a festival or a event is not reconciliation and should not be used to tick a box.

This is simply socialising and making new friends. True reconciliation is bringing Aboriginal and non-Aboriginal people together to discuss the position of the relationship and the ‘want and need’to do better.