You are here: Home › Viewpoint › What Can We Do 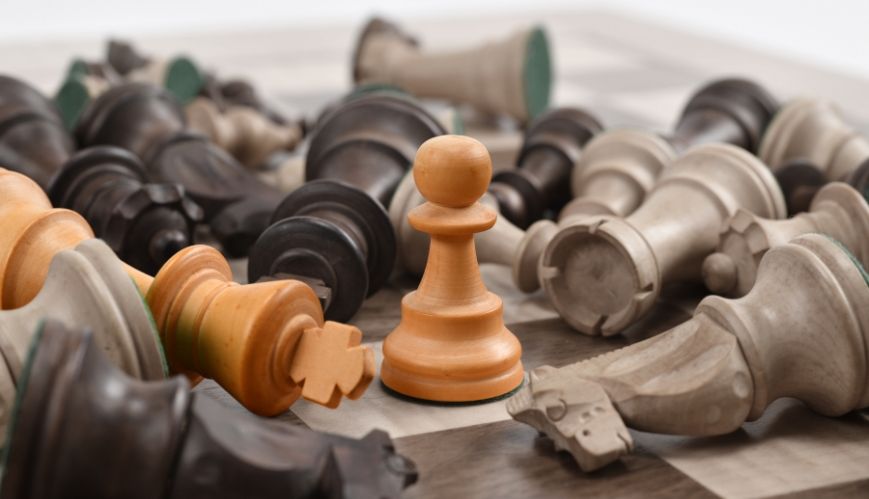 A little while ago, I spent a few days in Rwanda. It was incredibly challenging. Pretty much everyone knows Rwanda because of the terrible thing that happened there 25 years ago.

More than 800,000 people were slaughtered in less than 40 days. In total, 1.2 million people perished in three months.

It was the Rwandan genocide, and it’s horrific to ponder even still. That’s not what was challenging me, though.

I had read about the genocide and how it came to be. To simplify it, think about what would happen if you mixed poverty, fear, discrimination, colonisation, violence, abuse of power, global apathy, and deep-seated racial disunity and prejudice, over many decades.

You’d have a recipe for the unthinkable.

The overflow of all these factors is extreme violence, hatred and a massacre that decimated a people and a country. I know, I know, it’s Christmas and I’m talking about a genocide.

Oh wait, I keep forgetting those are more related than we think. I forget how divorced the Hallmark glow of a happy Christmas is from the reality Jesus faced: unwelcome, global apathy, violence and fear, indifference and prejudice, disunity and poverty.

It was a bloody entry for Jesus in a violent and cruel world. Can you picture all the children killed to try and stop him? Darkness trying its best to extinguish the light of the world.

To be in Palestine during Jesus’ early childhood must have felt like the darkness won. That’s how some leaders I met in Rwanda told me they felt post-genocide.

The country was decimated, the leaders of all political parties were either dead, gone or guilty.

And the only question they had to ask after they had ‘cleaned up’ and assembled a gaggle of young politicians to rebuild the country, was this: “What can we do?”

Now, it’s important how you ask that question because it’s related to how you will answer it.

If you shrug your shoulders in an apathetic, “This is too hard!” and ask, “What can we do?”, it will lead to more apathy, indifference, and a ‘get you off the hook but change nothing’ kind of reality.

But if you ask it authentically, like you really want to get to the reality of what you can do right now to change things; to live, to make a future, to move forward – well, that’s a dangerous question.

And the latter is how they asked it: “What can we do?” It’s the same thing the Trinity might have asked pondering the ultimate condition of humanity without the sacred flame of Divine intervention and presence.

“What can we do?” When we get to that question, honestly and authentically and even vulnerably, it offers us so many opportunities – because there are things that can be done.

In Rwanda, it turns out that refusing colonial ‘naming’ was one important thing. Gone were the divisive labels of Hutu and Tutsi and in came the ‘one people’ policy that ensured all Rwandans were equal, sacred, respected, united, precious and valuable. One people.

It seems that the first thing they could do was also the most radical thing to do: they didn’t just change sides, they changed the whole game. Remind you of anything? Anyone? God did the same thing.

Instead of the never-ending cycle of retributive violence that fuelled humanity, instead of the increase in division between the sacred and the secular – the holy and the ordinary – Jesus entered humanity as one of humanity, one of the least of humanity.

When God entered humanity he didn’t just respond to an ‘us or them’ paradigm that kept us perpetually suspicious of power and forever sceptical of love. He changed the whole game. “God with us” means exactly that.

There is no longer a schism between the divine or human, us or them, male or female, slave or free, Hutu or Tutsi, white or black, king or servant – God is with us and we are with God. And that changes everything. Everything.

The Apostle Paul puts it in this awe-inspiring question: “If God is for us who can be against us?” (Romans 8:31).

So, what can you do? If you face a lot of fear, if you are worried and anxious and feel like there isn’t much left to work with, if you’re ready to really ask, “What can I do?”, the answer might just surprise and possibly delight you.

You can join the new game. Stop fighting the old one of fear and violence, status and privilege, blame and shame.

Lay your weapons down and embrace this new world where God is on your side. Let’s stop fighting each other and spend all our energy fighting for a new world together.

That’s just the first thing we can do. But to be sure, it’s also the most radical thing to do.