You are here: Home › Viewpoint › What Does A Shopfront Corps Look Like 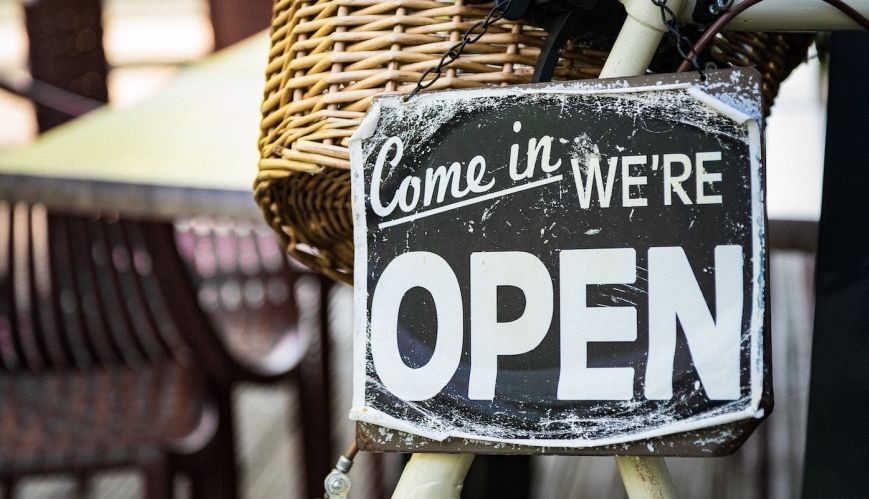 The answer to the declining Salvation Army may be to reopen smaller corps as shopfronts for mission.

Statistics are telling us loud and clear that The Salvation Army in Australia is a declining organisation. We have chased the big dream of the mega-congregation and have come up with meagre results, and it may well be that it never was a real option.

We now need to have the courage to admit it, regroup, and explore an alternative. Perhaps it is time that we took our focus off growth, concentrated on mission, and leave the growth up to God. If The Salvation Army is ever again to occupy the public space as it once did, it must rebuild from the foundation up, and the only foundation the Army has ever known is that of mission.

The answer to our decline may be closer at hand than we think. Missional evangelism may well be far more effective in a small corps than a large one. In a paper entitled: ‘Natural Church development’, Christian Schwartz writes, “The evangelistic effectiveness of mini-churches is statistically 1600 per cent greater than that of the mega-churches.” That being the case, I am wondering why we are so busy closing small corps?

In last week’s article, ‘Salvation Army – what happened to you?’, I suggested that rather than closing small corps, The Salvation Army presence in the public space would be more effective run from a shopfront, of which there are plenty disused ones around today. Often the small corps is lumbered with a building complex that is expensive to maintain, frequently a leftover from a previous era. Most corps buildings are probably only utilised for 10-25 per cent of the time and remain closed and uninviting for the other 75-90 per cent of the week. If a small corps decided to sell its building complex and re-site to a shopfront, what would it look like, and what activities could be accommodated from such a venue?

The first given that needs to be established is that the shopfront corps is not there to serve itself but rather the community, the unsaved and the needy, in other words: mission. Consequently, whatever activities it seeks to establish must be predicated on that assumption. The focus here is and must be on mission. The tripartite mission statement rolled out by former world leader General John Gowans is an excellent focal point for such a mission.

The Salvation Army exists to:

There needs to be an open-door approach with the shopfront mission centre available and open 5-6 days a week if possible. This would need to be staffed by volunteers who are willing to engage people in general conversation. It would be an ideal occupation for retirees, stay-at-home mums etc.

The reality of today’s retirees is that they are usually reasonably fit and often looking for volunteer work in the early years of retirement. It requires no special skill set, save that of engaging with people. The environment here ought to be one of genuine friendship and serving suffering humanity. The subject of saving souls must become a by-product of human interaction and come naturally with the Holy Spirit’s leading.

The layout of such a centre needs to be kept simple, multi-functional and economical. However, one of the primary requisites would be a large, fully-equipped commercial kitchen. The best fellowship events take place around eating, and it is a great ice-breaker and pivotal point in building relationships. It can also be used to provide economical meals for the disadvantaged and needy within the community and a useful resort in times of emergency, such as bushfires, floods, etc. It has been my experience over the years that disasters always open spiritual doors. Signs like this would be an integral part of a shopfront corps.

The inclusion of a coffee bench just inside the front door with a couple of small tables and chairs would provide an opportunity for people, particularly the lonely, to drop in and chat with the volunteers. We are not looking at a commercial coffee shop but rather a free coffee and biscuits fellowship centre. On-site Wi-Fi should also be available, and a community information board should be accessible with handouts from government and community agencies.

Major Andrew Bale, from the Southend on Sea Corps in the UK, pointed out in one of his recent video releases that video streaming and blogs may well be The Salvation Army’s new area of ministry. I suspect he is right. Certainly, the global pandemic has seen many Salvation Army centres make full use of this medium, and I suspect that it will continue when the pandemic has abated. The shopfront corps needs to include the necessary equipment to utilise this area of mission. The basic technical equipment needed is now far more economical, and many young people leaving high school now often have the skills necessary.

Researchers are now telling us that loneliness is an impending epidemic. Professor of Psychology Julianne Holt-Lunstad, in a paper published by Victorian health, writes: “There is robust evidence that social isolation and loneliness significantly increase risk for premature mortality, and the magnitude of the risk exceeds that of many leading health indicators. Many nations around the world now suggest we are facing a ‘loneliness epidemic.” In recovery from the impact of COVID-19, this may well be crucial. It is probably true to say that no one is more suited to addressing this problem of loneliness than the Christian community.

A large multi-purpose space would provide for Sunday worship, a meal venue, small group meetings and a venue to run children and youth facilities. It could also double as accommodation space in times of emergencies. Part of the space should be visible from outside, with mobile screens available when necessary. The concept should be that of openness and friendliness. Adequate bathroom facilities, including showers, need to be included. Office and administration space should be kept to a minimum.

As I pointed out in last week’s article, people want the intimacy, friendship, and strong familial style bonds that a small group provides in today's culture. No other group is better equipped in this area than members of a small corps.

As Paul points out in Acts 2:17, old men dream dreams, which could be the case in my recent article. Perhaps it may be more the wisdom accumulated over 80 years in the school of hard knocks, one who has seen the Army at its strongest, but now sees a pale imitation of what it once was; maybe it is the heart of one who yearns to see The Salvation Army roaring back into action.

Major David Woodbury is a retired Salvation Army officer and was the first editor of the former Australia Eastern Territory's monthly magazine Pipeline.