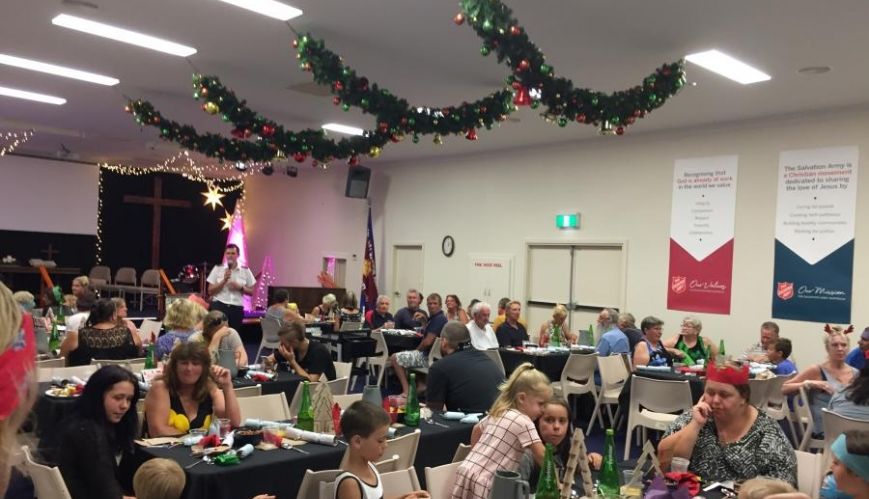 Community ministry is central to the Forster-Tuncurry Corps.

“I could see our church deteriorating. If we hadn’t have taken that change I think in the next five or 10 years, then we may not have had a Salvation Army in Forster-Tuncurry. Change has taken us into the right direction for this church to continue to grow. And we’re involved in the community now and doing what Salvos should be doing.”–David Hardaker, Forster-Tuncurry senior soldier and Community Ministry Assistant. 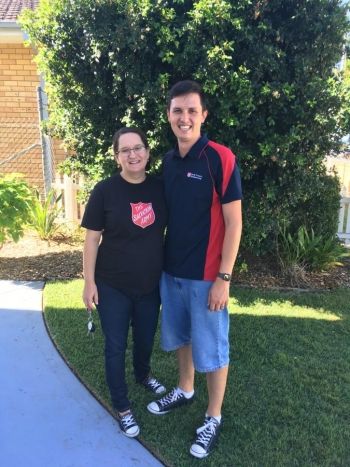 When Lieutenants Philip and Donna Sutcliffe (pictured right) were appointed to Forster-Tuncurry Corps on the NSW mid-north coast nearly three years ago, they arrived to a smaller, quite traditional congregation of around 50 people. But what they lacked in numbers, they made up for in passion.

Lieut Donna adds: “We are passionate about going out and meeting with people and doing life with people and we shared that ... with our corps, and people were like, ‘that’s great’, and they told us that was where they felt that God was leading them as well.

A year ago, the corps began a community lunch on a Friday, the same day that its Salvos Assistance Line Connect Site operates for people needing emergency assistance. When the lieutenants initially suggested it to the corps, they stressed that what they were creating was more than a service; they were creating loving community where everyone had the chance to feel belonging and significant.

“Right from the start we set the culture that this was a team effort and that everyone who came along had the opportunity to be involved,”said Lieut Philip. “It wasn’t about ‘us’and ‘them’–‘us’doing a good service for ‘them’. Rather it was about creating loving community. We wanted those that came to be able to have opportunity to serve alongside us and feel like part of the family.”

The lieutenants also emphasised the fact that it was OK if the new ministry failed: “From the very beginning, we said, ‘Do you know what, if this doesn’t work, if this doesn’t get off the ground, that’s OK. At least we tried’. They really bought into that and said, ‘OK, let’s give it a shot’,”said Lieut Donna.

Deep in their hearts, though, corps members always knew that community ministry was what God was calling them to do.

“It was a change that had to come for us. The Salvation Army is a church first and foremost, but its main role is to be out in community and providing hope. You know, that has gradually come to life over the last 10 years or so [here at Forster-Tuncurry Corps] but it has really taken off since Donna and Philip have been officers here.

“William Booth [Salvation Army founder] said it’s not about sitting on a pew, it’s about getting out into the community and serving, and that’s what we’re doing,”David said.

Since the corps came together to launch the community lunch on Fridays, numbers at the lunch and at Sunday services have increased, and corps folk are abuzz with new ideas about ways to connect with the community. Apart from a letterbox drop at the start of the luncheon ministry, its growth has been mostly through word-of-mouth. 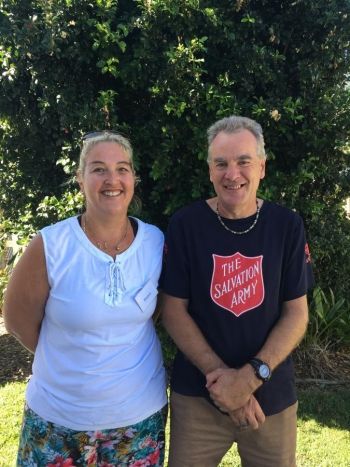 One regular attender, Bianca Bond (pictured right with David Hardaker), came to the lunch after needing assistance from the Salvos to pay a water bill she was struggling to afford. “I’m a carer ... and I don’t have too many friends and I wasn’t very well at the time,”she said. “I was getting pretty depressed at home and keeping indoors.

“I absolutely loved it and all the people are very friendly ... I still go every Friday. I’ve become a volunteer myself and I just enjoy everyone’s company and the fact that they help the community out by giving people a meal.”

During one of the Friday lunches a member from the corps asked Bianca if she went to church. She replied that she didn’t because she wasn’t very religious, but accepted the invitation to attend The Salvation Army’s Sunday meeting because she already knew so many people who would be there.

“I’ve enjoyed every Sunday,”she said. “I truly believe [in God now] and I feel, well, I was quite a sick person and I’m quite OK now and I used to be kind of hesitant to go in there on my own and now I can walk in with a smile on my face and everyone knows me.”

She says she absolutely loves being a “Salvo”. “I love it, I love it! I’ve been quite lonely and I don’t have a lot of friends so this keeps me busy instead of being bored at home ... I now have something to do to keep my mind off things. I have anxiety so it helps me to just to get out and be in the community and I enjoy helping other people.”

When Forster-Tuncurry Corps celebrated its 30th anniversary last year, both corps folk and community lunch members combined forces to put on a free Family Fun Day in a local park in Forster. It was huge and saw more than 1000 locals blessed by The Salvation Army and becoming more aware of the Army’s presence in the area. 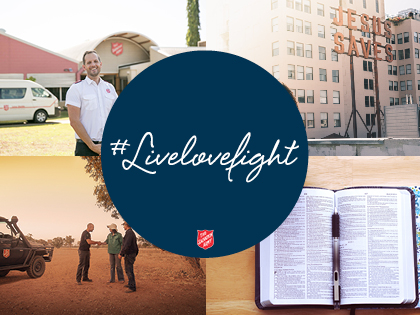