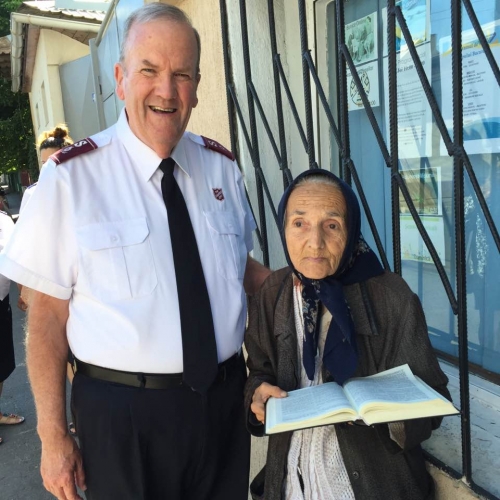 Commissioner James Condon shares the Word with an elderly member from the Bucharest Corps.

Retired Commissioners James and Jan Condon, former leaders of the Australia Eastern Territory, last month travelled to Moldova, in The Salvation Army’s Eastern Europe Territory (EET), to conduct two Brengle fellowships – one for officers and one for soldiers.

Colonels Rodney and Wendy Walters, officers of the Australian Eastern Territory and EET Territorial Leaders, hosted these events.
Delegates from Romania, Georgia and Ukraine, also part of the EET; the Netherlands, Czech Republic and Slovakia Territory; and Finland and Estonia Territory, also attended the fellowships.

The Commissioners said it was “truly an international holiness seminar and an amazing experience”.

“Despite the challenge of being interpreted, the Spirit’s presence was very evident. Our translator, Envoy Yuri Gulanytsky, is a godly man who made it easy for us to teach on the Holy Spirit, holiness and prayer,” said Commissioner Jan Condon. “The delegates were very open to the Spirit and the prayer times were special.” 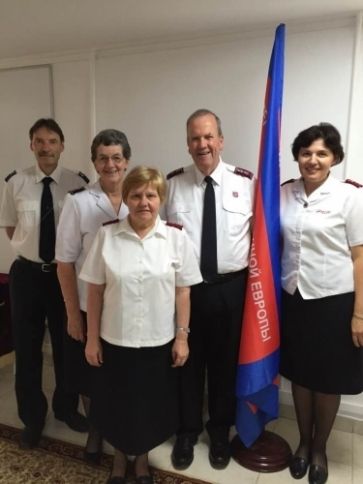 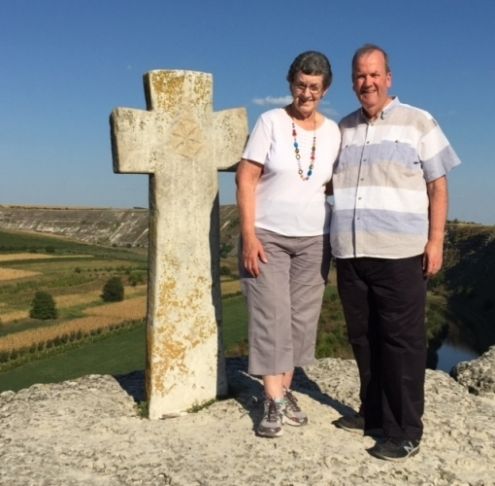 Left: The Condons with translate Envoy Yuri, Chaplain Lumidla (front) and Captain Galina (right) who served during Brengle. Right: Commissioners James and Jan Condon enjoyed some of the spirutal and historual sites of Romania nad Moldova.

Envoy Yuri, a godly, learned man, who sensitively took our English and translated it into Russian. Captain Ludmilla who was the Chaplain with such a godly influence and Captain Galina who served with grace and humility. Holiness unto the Lord.

Prior to Moldova, the Commissioners shared in worship at the Bucharest Corps, Romania. “This was inspirational,” Commissioner Jan said. “A special moment for me was listening to a young woman playing the violin during the prayer time as people knelt that the place of prayer.”

Commissioner Jan added: “The Eastern Europe Territory is blessed with some fine soldiers and officers and it was also great to share fellowship with some Aussies and other THQ officers and staff. Romania and Moldova are beautiful countries and I am grateful for this opportunity to see more of the creative hand of God. We are returning home blessed and thankful.”