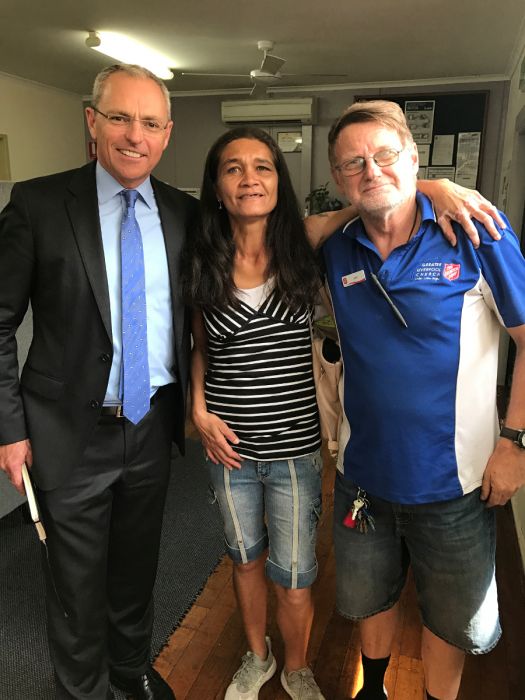 The Salvation Army’s 2016 Christmas Appeal has already made life a little easier for some Australian families doing it tough this year.

The annual appeal, launched on 23 November, expects to help around 70,000 people in need, providing food and gifts that they could never have otherwise afforded at Christmas.

Two women from Liverpool, in Sydney’s south-west, shared how The Salvation Army had supported them.

June, who swallowed her pride and asked for help after her husband was no longer able to provide for the family, says the Salvos were her “Christmas angels.” She told her story to Chris Reason from Channel 7 News.

Another lady, Connie, who couldn’t work after being diagnosed with breast cancer, told the Sydney Morning Herald about her family’s struggle and the pressure she and her husband felt, knowing that they couldn’t provide the type of Christmas their four children were used to.

The couple were struggling to even put food on the table, let alone buy gifts. The Salvos stepped in and offered the family a supermarket voucher and new gifts for the kids. “I don’t know what we would have done without it,” says Connie.

On the day of The Salvation Army Christmas Appeal launch, Major Belinda Spicer, of the Greater Liverpool Corps, received two unexpected phone calls. One was from a woman who had read a newspaper article about Connie. She and her husband regularly donated at Christmas, and this time they felt called to assist two families in Liverpool, through The Salvation Army, with their rental payments.

“For us to be able to take hold of that donation and go and pay the real estate agents ourselves and put these two families in credit ... I can only imagine the pressure that’s going to take off. It will be like a dream come true to them, especially at Christmas,” she says.

This Christmas will be the busiest one yet for the team at Liverpool Salvation Army, according to Major Spicer. It’s not yet December and she says it’s “unbelievable” the amount of people from her community who are enquiring about Christmas assistance.

“They are so worried,” she says. “Rental increases are just crippling them. It’s not unusual for a struggling family to be paying anything between $370 to $400 per week for a three-bedroom unit. And that’s just out of this world, particularly in Liverpool.

“Those kind of prices often leave a family with just $50 in their pocket for all other expenses, once rent and utilities are paid. Saving money is simply a pipedream for these families – how could they ever afford Christmas?”

As she was eating dinner that night after watching Channel 7 News, Major Spicer took another call from a member of the public. He had seen the news item and was writing the Salvos a cheque.

“That money will be such a blessing to families in need in this area,” says Major Spicer. “Praise God!”

To donate to The Salvation Army's Christmas appeal, go to salvos.org.au/Christmas