This nativity set is on sale at Salvos Stores.

“We want people to come and join the church. We can make more sales, but it’s easier to make sales than to bring people to Jesus. That’s why we’re really excited about it,” said Salvos Stores General Manager Neville Barrett.

Salvos Stores has 400 new nativity sets on sale across their 100 stores in NSW, ACT and Queensland, which range in price from $49 to $199. All profits raised through the nativity sets will go towards the Army’s Christmas appeal, to help people in need. 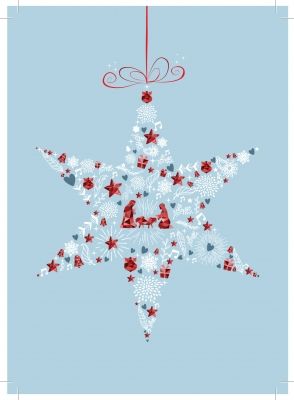 Salvos Stores has been selling nativity sets for the past nine years, and every year almost every set has been sold during the festive season. Neville is confident they will sell out this year which means 400 church invitation cards will be given out.

Neville said Salvos Stores were recently able to work alongside a local corps and a Salvation Army chaplain to find immediate accommodation for a man and his 85-year-old mother, who were homeless.

Many Salvos Stores have also extended an invitation to nearby corps for assistance with decorating shop windows for Christmas.

Go to salvosstores.salvos.org.au to purchase a nativity set or Salvation Army wrapping paper.