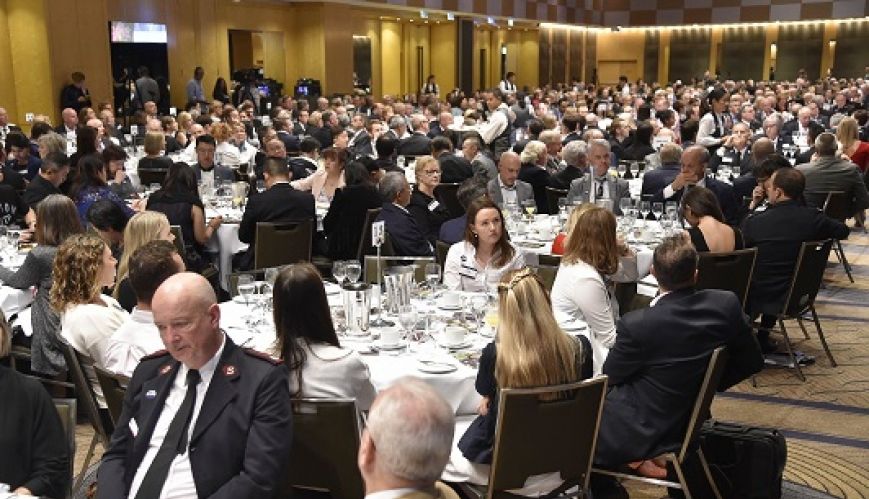 The business community of Sydney showed their support at the launch of the Red Shield Appeal at the Westin Hotel yesterday. Photo Adam Hollingworth. 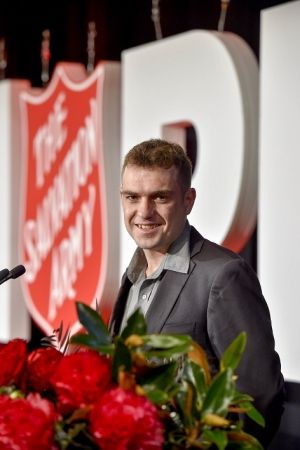 The documentary film producer from the Caledonia Foundation who has been supporting The Salvation Army’s Oasis Youth Program for many years, called for a bipartisan political approach so that a national plan to eradicate homelessness in Australia can be formulated and acted upon.

He said that there is a desperate need for us all to work alongside organisations like The Salvation Army, and the government, to solve the homelessness crisis before another decade, and another generation, is lost.

“After 20 years’ exposure to the homelessness sector, I can say that homelessness should not exist in Australia,” he said. “We should all be outraged by this human rights tragedy, and until we are, we will never get the appropriate response from government.

In speaking to some bills currently before Federal Parliament which will negatively impact charities and churches, such as The Salvation Army, to effectively advocate for the homeless and marginalised, Mr Darling said: “To build a fair, just and inclusive society we need people like the Salvos and other hard-working charities out there, at the table of public policy, unafraid to speak their truth, advocating on behalf of the homeless and giving a voice to the voiceless.

“Thank God for the Salvos." 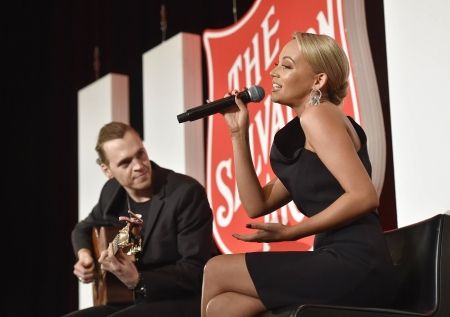 In line with the keynote speaker, real and lasting hope in the face of pain and desperation was the overriding message at the Sydney launch.

“You are part of giving hope where it’s needed most,” said Commissioner Floyd Tidd, National Commander for The Salvation Army in Australia, as he addressed the audience.

“We specialise in lasting change, transformational change. We are community builders, not just service providers but, as our people and our services are pushed to the limit, your support is more important now than ever.

“We invite you to again partner with us and help make possible the work we do across Australia.”

Testimonial speaker, Owen, was a highlight of the event. He openly shared his story of a difficult childhood, becoming homeless at age 13, and living a life of rough sleeping, drug addiction, multiple detentions, crime, loneliness and desperation.

“I had completely lost hope, but then, after being locked up yet again, I finally saw light at the end of the tunnel,” he said. “This light was The Salvation Army – the Oasis youth support centre, which would change my life forever.”

Owen spoke about Majors Paul and Robbin Moulds who were there for him then, and continue to be today, 15 years later.

“They are my family,” he said. “I now have hope and a purpose in my life – to give hope to others.”

Owen shared specifically about the music program at Oasis and how it turned his life around; how he toured schools with The Salvation Army to speak about homelessness, his work mentoring those on the streets, and his ongoing projects with music – both on his own and with Oasis. 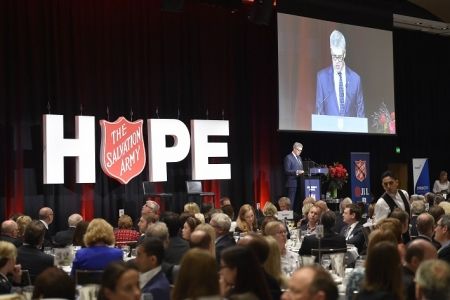 Frank O’Halloran, Chair of The Salvation Army Sydney Appeal Committee, spoke of the Army’s work in the community, and thanked the audience for their assistance in enabling this work to continue. He particularly thanked the Chinese community who, for the first time, had taken four tables at the launch to help support the appeal.

NSW Premier, Gladys Berejiklian, spoke via video message, sharing the State Government’s pride at supporting The Salvation Army – “one of our nation’s oldest and greatest community organisations” – as they serve the most vulnerable, tirelessly, and for the long haul.

The Premier kick-started the appeal by announcing her government would donate $200,000. This along with all donations on the day raised $1.3 million of the $73 million needed for this year's Australia wide Red Shield Appeal which concludes on 30 June.

Colonel Mark Campbell, National Chief Secretary, thanked Doug and Joan Cory from the Cory Charitable Foundation for their long-standing support of The Salvation Army and the services their gifts have made possible.

Colonel Campbell specifically thanked them for their recent one-off donation of $5 million for the construction of new and affordable and social housing in Brisbane that will provide 25-30 dwellings for individuals or families with children who are homeless or at risk of homelessness.

“Thank you for helping us on the road to breaking the cycle of homelessness,” Colonel Campbell said.

Earlier in the launch a Salvation Army ambassador, Samantha Jade, sang Amazing Grace, while her visit with The Salvation Army Hope Mission Team to those who suffered in the aftermath of Cyclone Debbie, was featured on screen.

Adelaide and Launceston also held their appeal launches yesterday. Perth’s launch took place on 9 May. Regional launches across Australia have been, and will continue, to take place during the next few weeks. 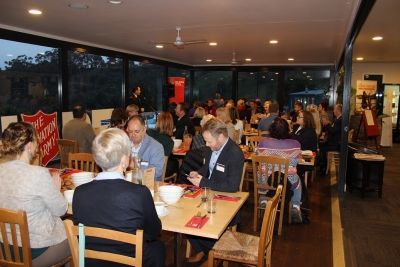 Albert van Zetten, Mayor of Launceston, was guest speaker. His presentation focused on The Salvation Army’s contribution to the community.

A highlight of the event was an interview with Tina Stalker, Launceston Bridge client, by Anita Reeve from The Salvation Army’s Northern Social Programs Unit.

Steven Marshall, the new Premier of South Australia, was keynote speaker. He spoke about the importance of the not-for-profit sector in the community and his personal support of The Salvation Army as a collector. 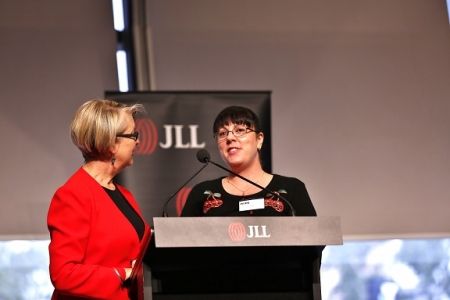 Jane Doyle's interview with Lyndal was a highlight of the launch.

The Premier also presented The Salvation Army’s inaugural Business Award to Drakes Supermarkets for its support of the Army through its Christmas Box Appeal.

Jane’s interview with Lynda, a client who had experienced domestic violence and came through The Salvation Army’s Bramwell House – supported crisis accommodation for women escaping domestic violence – and turned her life around, was a powerful personal testimony.

Major Barry Casey, Divisional Commander for South Australia and Northern Territory responded, speaking about the need to rebuild the domestic violence centre in Adelaide and increase its capacity. 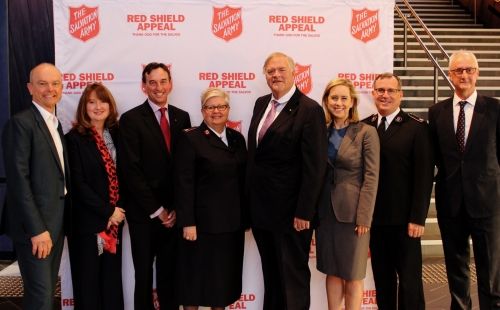 The State Government provided a leading gift and in total, $155,000 was raised on the morning.

David Wielders, a former client and now employee at The Beacon, a crisis and transitional accommodation facility in downtown Perth, was guest speaker, and spoke passionately about his challenging journey through drug addiction and overcoming this hardship through the help of many along the way.

Rachael Barker, from Perth Fortress Corps, spoke about her experience participating on the Street Outreach Team and her changing perceptions of homelessness.

The event also recognised the contribution of the ABN Group, with Dale Alcock receiving the very first “Others” Award in Western Australia for his contribution of 1.3million over the past 10 years.