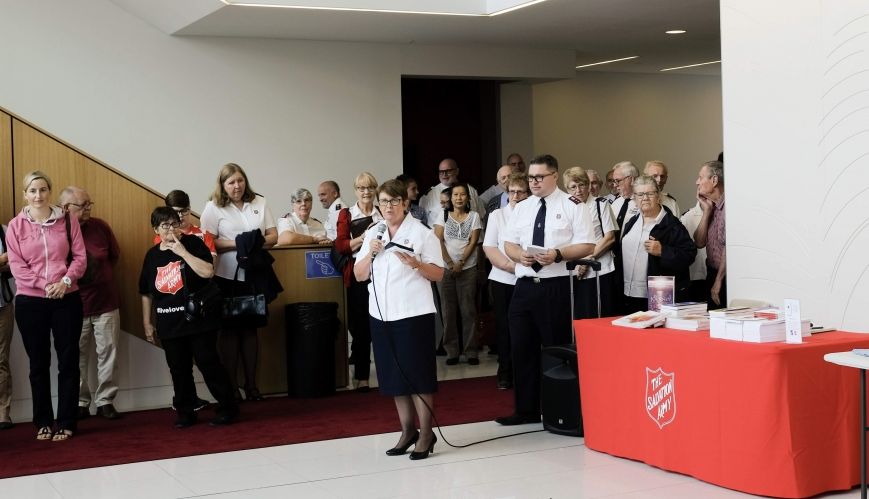 Colonel Julie Campbell launches the book 'Inside Out' as part of the divisional celebration, as author Captain Daniel Templeman Twells (near table), looks on. Photos: Joel Gibson.

The launch of Captain Daniel Templeman Twells’ book, Inside Out: A cross-cultural perspective of holiness, was held during last weekend’s Palm Sunday divisional celebration in Western Australia. Captain Templeman Twells, who recently served with The Salvation Army in Japan and is now the Western Australia Divisional Youth and Young Adults Secretary, spoke with Simone Worthing about the overall focus of his book, the motivations behind writing it, and the impact he would like it to have on those who take the time to read it.

SW: What, in a few lines, is the overall thrust of your book?

DTT: The main premise of the book is that the life of holiness involves a faith journey that transforms us from the inside out. That which is deep within us cannot help but make its way out of us, revealing who we are as the people of God. There are certain things in life that are unique to a people, a place or a particular time in history yet there are others that transcend all boundaries whether they be of a physical or spiritual nature. Holiness is one of them. 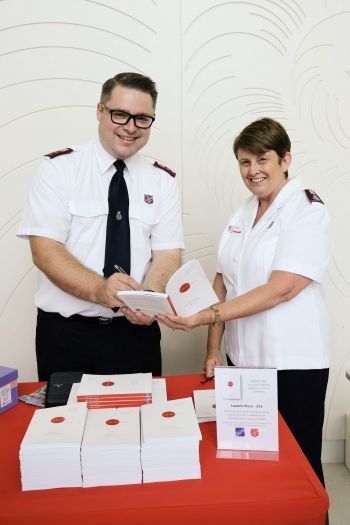 What motivated you to write this book?

Having served in a culture outside of my own for a number of years, I became very aware that whilst there are certain things about belonging to the human race that universal, the way in which we view life, culture, religion, holiness and so on, can vary greatly depending upon the context in which we live and serve at any given time. On occasion, I was affronted by things I saw, heard and experienced and wondered why in the context of my own journey of faith and spiritual upbringing, these things caused me to react in the way they did. Much of this formed the basis of what I have written.

What would you like people to take away from this book?

That ‘holiness’ as a word, and the ‘life of holiness’ as a lived-out experience are as relevant today as they have ever been. The life of holiness is simply a life that reflects the person and character of Jesus Christ; it is available to all of us today, and it is imperative that we share it with the next and each new generation of believers.

What impact would you like the book to have?

I mention in my introduction to the book that my hope is that what is written might be of interest to a broad range of people in ministry from both a cross-cultural as well as an inter-denominational – even inter-faith – perspective.

The book is not intended for a primarily Japanese readership, nor is it only for those who have an interest in all things Japanese. Similarly, the book is not aimed only at those who proscribe to the Christian faith as expressed through the doctrines and methodology of The Salvation Army. it is intended to provide, to some degree at least, insight into the various dimensions of holiness and how it might be understood particularly in a cross-cultural context.

My aim is simply to help the next generation of people of faith confidently and clearly articulate what holiness is and to discover how they might live a life of holiness today.

On a personal note, what was the book-writing process like for you?

My wife Melissa and I are expecting our first child later this year, however, I feel like I have just given birth to something which was three years in the making and I’m just so glad to see it out in the open now, to hold it in my hands and to wonder what kind of impact or influence it might leave on those who pick it up for themselves and read that which it contains.

For those who may be thinking about putting pen to paper, my advice would be that even if you think everything that could be said about a particular subject has been said, a new generation may need to hear it afresh, and no one will say it quite like you can.