Dr Ron Smart’s recently-awarded OAM was in part the result of his work with the international community of Sierra Leone, in partnership with the multicultural Auburn Corps.

The awards, in the General Division, were announced by Sir Peter Cosgrove, Governor-General of Australia.

Major Merrick’s award citation read “for service to the community through The Salvation Army”.

Dr Smart’s citation read, “for service to music and to the international community of Sierra Leone”.

Audrey was announced as a posthumous recipient of the OAM for service to the community through social welfare organisations.

Major Heather Merrick – a friend on the frontline

Major Heather grew up as the daughter of Salvation Army officers (Majors Ted and Coral Merrick) and was commissioned as an officer herself in January 1958. She served all over the former Australia Eastern Territory in a range of appointments.

Her last appointments – manager of Samaritan House (women’s crisis accommodation from 1983-1989, and Courts and Prisons chaplain from 1989-1995) – were the ones she particularly loved and those for which she received her OAM. 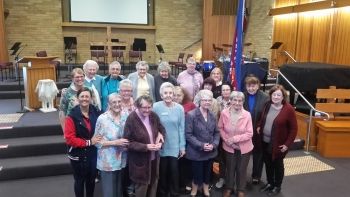 “It was a new experience for me after a fairly sheltered life, but I loved just being right on the front line helping people at Samaritan House,” said Major Merrick. “The police van would pull up with people who’d been out all night and we could be there for them.

“I think of all those who helped me in this appointment and this award [OAM] should go to them. It really was a shock for me to receive the OAM and I took a while to accept the nomination. There are so many others who deserve it more than me.

“I’m an ordinary person and it’s just been a privilege for me to serve the Lord. I just wanted to introduce the people I’ve worked with, to Jesus.”

In the courts and prisons, Major Merrick loved “being able to stand beside people at a time when they really needed someone to be their friend”. Some of those she helped over the years still make contact with her occasionally today.

Major Merrick is now part of the Campsie Corps and is involved with Home League, Sunday meetings and fellowship groups. “I’m not as active as I used to be, but I love being here,” she said. “It’s a beautiful corps.”

Major Clayton Spence, Campsie Corps Officer, said he remembered Major Merrick’s passion and energy as a leader at music camps in the 1970s, and as Territorial Youth Secretary. “In her quiet way, she has had a big impact on a lot of people over many years,” he said.

Dr Ron Smart – serving others a way of life

“I see this OAM award as an acknowledgement, not necessarily of my accomplishments in my professional career, but an acknowledgement of the number of ways I have been able to serve in an honorary capacity, both as a music educator and as an active Salvationist,” said Ron. “The rewards are not monetary: they go to the heart of my spiritual experience.” 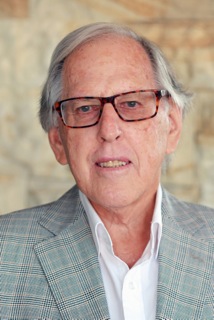 Before listing some of Ron’s many services to music, his OAM citation stated that “Dr Smart has had a long and distinguished international music career as an educator, conductor and administrator, including serving in an honorary capacity in The Salvation Army’s brass band and choral movement for over 50 years.”

It also mentioned his services to Sierra Leone is as chairman of the Australia-2-Africa organisation, based from Auburn Corps, which raised funds and built and refurbished Jui Infants and Primary Schools in Freetown, capital of Sierra Leone.

Ron acknowledged that The Salvation Army, as a faith-based organisation that is part of his DNA, has always been at the heart of what he does.

Ron shared that he was surprised, thrilled and then overwhelmed when he heard about his award.

“All the things I have done have been to meet some perceived need here in Australia or other parts of the world, to make things a bit better for someone if I possibly could,” he said.

“I do these things because that’s who I am. I now realise, after receiving many congratulatory messages, that I should enjoy the OAM award and be grateful for the acknowledgement.

“I include my wife, Janette, in all these exciting times. We work together and are a team.”

Ron, 84, has gradually retired from formal responsibilities in his music career over the past five years.

“Now I am invited to do occasional guest conducting or adjudicating, but very importantly, I have found great satisfaction in mentoring young musicians and guiding them towards their personal and career goals,” he said.

Ron and Janette are active in ministry at Wollongong Corps.

Audrey Light – a life to emulate

Salvationst Audrey Light was a volunteer with The Salvation Army in Orbost, Victoria, from the 1970s-1990s. She was also a volunteer with the Salvos Store in Orbost and later started another store in nearby Merindah. Audrey Light made the world a better place for many.

Audrey received a certificate of appreciation from League of Mercy, in the then Australia Southern Territory, in 1989. She was also a member of Women’s Auxiliary Australia Air Force during World War Two.

Audrey’s son, Trevor, told the Snowy River Mail that his mother was a very devout Salvationist.

“She worked extremely hard for other people,” he said. “She had two sons, myself and John, whose wife is Hilary, and a spiritual daughter, Helen. She had a very generous, empathic nature. To me, she is irreplaceable, but could be easily emulated by others to make the world a better place.”

In her role with The Salvation Army League of Mercy, which involved visiting people in hospital, Trevor said his mother would often go one step further and bring people home from the hospital.

“I remember coming home one day to find a rather large drug addict asleep in the bath,” he said. “Another she brought home was a man whose wife had died in a car accident. We became good friends with him.

“People would ask my mother if she was concerned she would get killed but she simply said ‘It’s all under God’. She believed the Salvation Army is Christianity with its sleeves rolled up.

“She was promoted to glory on November 4, 2018, safe in the arms of our Lord. Her favourite Bible verse was from James 2:14, ‘Faith without works is dead’.”