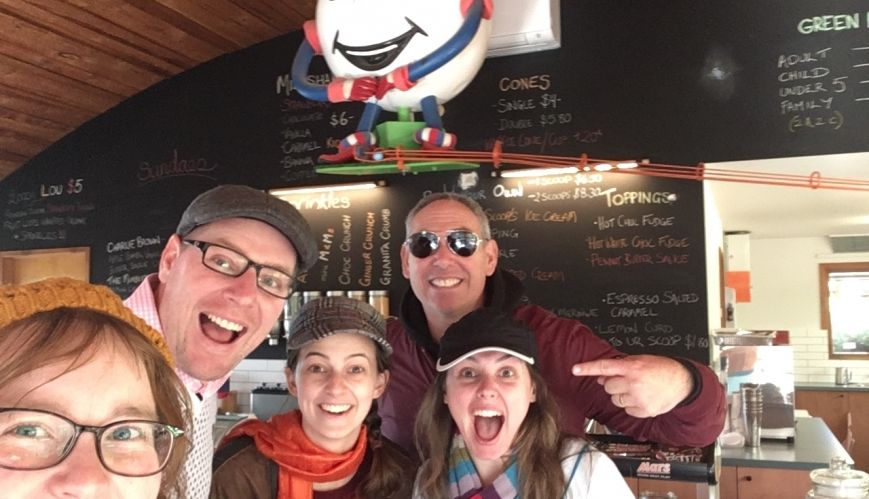 Young Salvos have a voice, and they are ready to transform Australia one life at a time. This was the heartbeat of last week’s Victoria Division Young Adults Retreat.

The first combined state retreat since Victorian divisions merged, young Salvos came together at Big 4 Caravan Park on the Bellarine Peninsula to brainstorm what lies ahead for The Salvation Army in Australia.

“Young adults (aged 18-35) are often expected to be involved in kids and youth ministries, but we are rarely in core leadership or are not given a voice,” said Victorian Youth and Young Adults Secretary Lincoln Proellocks.

“We are persistent, think differently, and have time to offer. We often see that [the older generation] fear what they don’t know. So we want to take the first step to break down barriers, not just wait.”

Utilising the theme of ‘Anchored’ to steep the 40 attendees in God’s word over the weekend, guest speaker Major John Viles (NSW/ACT Youth and Young Adults Secretary) encouraged the campers to initiate their spiritual growth through mentoring, small groups and prayer.

“John reminded us to stand up for our own faith and feed ourselves. [Young adults] are spoon-fed their faith through childhood, and now they have the responsibility to own it,” said Lincoln.

After Commissioner Floyd Tidd’s call at Still Others last year for Gen Z to rise up and become the future of The Salvation Army, the weekend away equipped delegates to initiate action in their local corps.

“We are still incredibly passionate about the local church and want to be included. We see The Salvation Army as an incredible [movement] and see that God is doing incredible [things].”