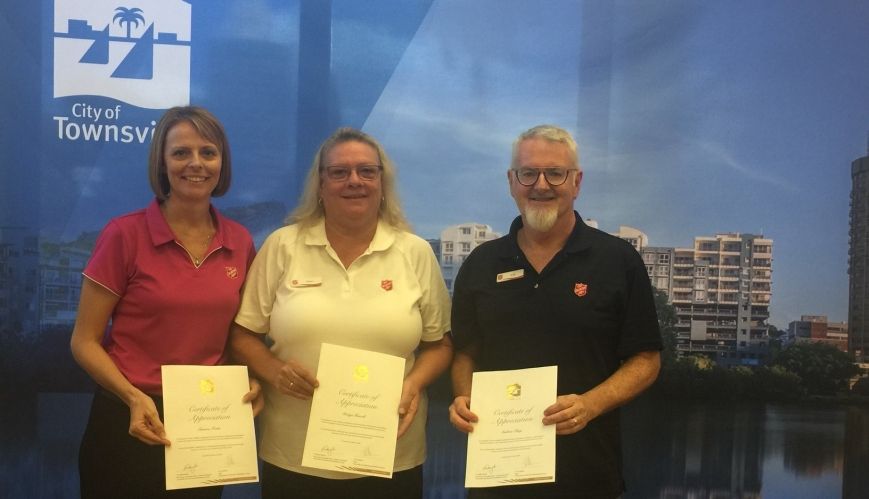 The Salvation Army has released a progress report on its recovery work in Townsville, two years on from the monsoonal flooding that devastated parts of the city.

The Salvation Army’s long-term recovery work began in May 2019 with the appointment of a recovery support worker, Tamara Forde, whose contract has been extended until mid-2021 to continue case-work support in conjunction with the State Government and the community rebuild project, ‘Making a House a Home Again’ (formerly ‘Operation Townsville Assist’).

The initial grant funding for the ‘Making a House a Home Again’ project ended on 30 September 2020, with all the grant funding committed and expended for the project. However, The Salvation Army received additional generous support from corporate and philanthropic donations, which allowed it to extend the project until 30 June 2021.

“They’re exhausted from dealing with insurance companies, they’re exhausted with justifying and arguing and bickering over every little thing. That’s where I can step in and help them in some small way.”

She says there are still people needing assistance that haven’t yet reached out for help. Just this month, an elderly woman called after Tamara had letterbox-dropped a flyer about the ‘Making a House a Home Again’ project in some of the hardest-hit suburbs.

“A 78-year-old, on her own, a pensioner and ... she still hasn’t been paid out for her contents insurance,” Tamara said. The woman has a leak in her roof and remains very anxious about rain. “She said, ‘I just can’t cope with anything, anything I used to be able to cope with.’ She just doesn’t have the resilience.”

Tamara works closely with the Queensland Government’s disaster recovery team in referring people for counselling and trauma support. “There’s another lady who I’m working with, she ... just got back into her unit in the last month and I know she still doesn’t sleep at night.”

A passionate Salvo from Riverway Recovery Corps, Tamara said it’s her role to be the hands and feet of Jesus to her ‘flock’ of flood-affected Townsville residents. She continues to call and check in on them, even after the intensive case-support is finalised. “It’s an absolute blessing,” she said.

To read the full 18-month progress report on the Townsville floods, click HERE