No retreating as young adults go deeper with God 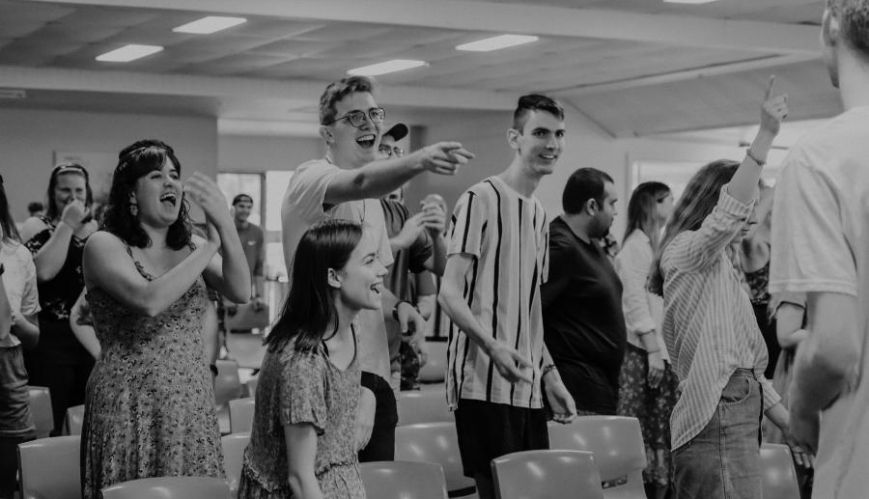 No retreating as young adults go deeper with God

There was plenty of fun and games to be had at a young Salvationist adults retreat in south-east Queensland but also an opportunity to discuss faith journeys.

More than 70 people from as far away as Mount Isa, Gladstone and Bundaberg attended a retreat for young Queensland Salvationists at Mount Tamborine in the Gold Coast hinterland.

Cherie Clanfield, Queensland Division Young Adults Secretary, said the retreat focused on prioritising a journey with Jesus in a contemporary context. She said the theme was based around connection: “Connection with each other, with God and to go out and be the Church.”

The keynote speaker was Pastor Stacey Tarrant from Elevation Church on the Gold Coast.

A panel discussion focused on issues facing young adults today and how to apply and cement faith in those situations. Cherie, who worked alongside Children and Youth events coordinator Calie Messenger to run the weekend, said the speakers had an individual story to tell about their faith journey in their specific line of work.

The panellists, who each had been Christians for some time and had varied experiences in their jobs – often around tragedy, substance abuse, homelessness or hopelessness – were invited to tell the delegates why, when confronted with that, they continued to follow Jesus.

“It was such a God-glorifying weekend and the young adults were so responsive to leaning into what God wanted to do,” Cherie said. “People were transformed.

“The prayer room on the first night was used for hanging out and playing games. The next night, the room was flooded with everyone wanting to just pray and hang out with God until after midnight. It was really incredible. This was an incredible space, that was used beyond what I imagined. It was completely optional and people chose to be in there.”

A testimony night around an outdoor fire was designed to give the delegates a specific time in the retreat where “something happened for them; something shifted”.

One delegate said there had been a “preciousness of vulnerability” throughout the weekend.

Cherie said the organisers did not want to hold the retreat and then say: “See you next year”.

She said it was important to continue the momentum created by the retreat including personal follow-up and consultation with corps officers and mission expression leaders to help the delegates returning from the retreat to continue their journey of discovery and commitment.

She said part of that process would be to uncover people within those mission expressions who could mentor, walk alongside and encourage young people as they travelled through the target age range – “to disciple them” – and, importantly, help them remain connected to the church.

“The best is yet to come for our young people. Please keep praying for them and look for the next exciting story to come out of this space.”

A follow-up event is planned for 27 March at Bayside Corps in Brisbane’s southeastern suburbs, in the form of a dinner and worship night.