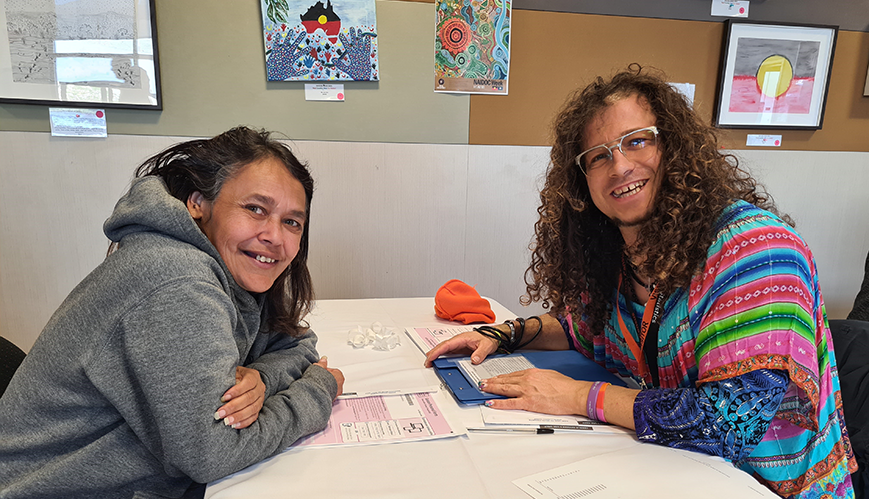 Beacon resident Jennifer (left) hopes that her information will help paint a realistic picture of homelessness. Assisting her with her form is Census Field Officer, Bubbles.

Census shines a light on homelessness The front entrance of The Beacon in Perth.

Clients at The Beacon, The Salvation Army homeless centre in Perth, Western Australia, were excited to complete their Census forms this week to shine a light on the state of homelessness in Australia.

Various homelessness services have collaborated with The Australian Bureau of Statistics (ABS) to offer people at risk of homelessness or experiencing homelessness the opportunity to complete the 2021 Census form.

Census data will assist the government in planning for future services and distributing funding in much-needed areas.

The ABS estimates that about 116,000 people were experiencing homelessness on Census night in 2016, which equates to one in every 200 people. 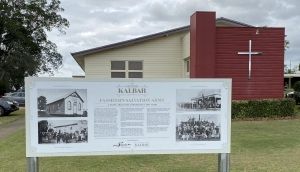 The new sign has been placed at the front of the Fassifern Corps property.

Another chapter in the history of Fassifern Corps, at Kalbar on Queensland’s Southern Downs, has been posted. A history board has been erected on the George Street property thanks to the Kalbar Progress Association, which recognised 135 years of the Army’s presence in the area.

“It is fantastic that we’ve been able to capture the history of the early days of the Salvos in the Fassifern Valley,” Corps Officer Major Wes Bust said. “We are blessed to stand on the shoulders of faithful pioneers across the Scenic Rim, Kalbar to Boonah and beyond.”

Association secretary Andrew Hopkins said the board was “yet another way for locals and tourists to learn about our town, its people and its roots” and it recognised the “untiring support” the Army had been to the community. The board is one of 10 erected at sites of historical interest in the town.

‘Drive for Life’ car put to good use

Getting ready to deliver hampers with the Drive for Life car.

The Salvation Army’s Transurban Drive for Life car is being used to deliver food hampers and essential items to vulnerable people struggling in the Sydney lockdown.

The Drive for Life program offers driver training and mentoring program to young people, but its use has been limited due to COVID restrictions.

Auburn Corps in Sydney’s west is working closely with police and community groups to identify people facing hardship. Hampers are being delivered to the doors of those most vulnerable, including many refugees and the elderly.

“We are grateful that the team at Drive for Life have been able to repurpose the vehicle and continue to use it to help the Auburn community during these really challenging times”, said Krystin Dudley, Social Investment Manager, Transurban. 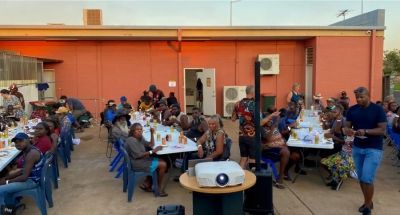 Tables full of food and fellowship were the order of the day at Katherine Doorways Hub’s Big Night Out on Tuesday 3 August.

Katherine Doorways Hub in the Northern Territory recently invited about 100 rough sleepers to its Big Night Out event as part of Homelessness Week.

The event, organised by Auxiliary-Lieutenant Sam Higginbottom and Candidate Helper Michellie Higginbottom and the hub team, was free and included a sit-down meal, prizes and a movie projected into a large outdoor screen.

Many off-duty hub volunteers, staff and people from other Army agencies went along to assist in serving the meals. 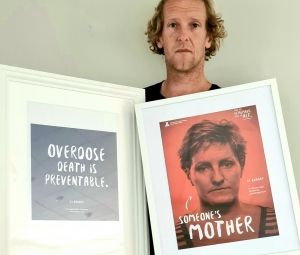 The Beacon resident Craig, 34, who lost his mother Heather to an overdose 20 years ago, paused to reflect on International Overdose Awareness Day.

As people around the world paused to recognise International Overdose Awareness Day on 31 August, residents at The Beacon in Perth took part in a remembrance ceremony.

Residents and staff of the homelessness centre were offered the opportunity to light a candle in remembrance of those who lost their lives to a drug overdose. In 2018, more than 2000 Australians lost their lives in this way.

The day focuses on raising awareness about overdose – what it is, the signs, and how to respond. It’s about educating people to reduce the stigma surrounding drug-related deaths, and it’s also about acknowledging the grief of families and friends who have lost a loved one to an overdose. The day spreads a critical message – deaths from overdose are preventable. Brenda Forman takes a shot while Pauline Beath looks on at Moyne Aged Care Centre in Canowindra (NSW), where residents got into the Olympic spirit.

While most eyes across Australia were glued to the television and mobile devices to watch the Summer Olympic Games from Tokyo, residents of a Salvation Army Aged Care centre were jumping at the opportunity to record gold medal performances of their own.

About 15 residents took an active part in an Olympic Sports Games day last month at the Moyne Aged Care facility at Canowindra in Central West NSW.

Moyne Aged Care Centre Lifestyle Coordinator Melissa Delaney said the residents played a range of sporting activities. Several challenged themselves to do as many laps of the centre’s grounds as they could.

“We have also played seated basketball, quoits, ten-pin bowling and volleyball,” Melissa said. “Those who did not want to play were happy to cheer on those who participated. It has been a great way to get through the lockdown and ongoing precautionary restrictions for aged care in Central West NSW, and it has been a wonderful talking point with everyone at Moyne.”