Seasonal workers given a chance to thrive 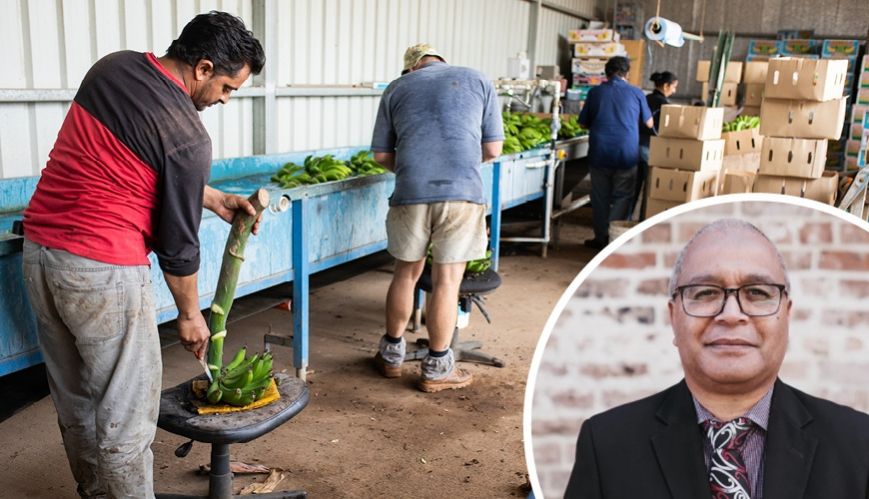 Seasonal workers given a chance to thrive

Thousands of seasonal workers, most from the Pacific Islands region, pour into Australia each year to work principally in the agriculture sector.

Many of them, however, struggle with the culture, language, and isolation while they are here.

In March this year, The Salvation Army won the tender to deliver the Community Connections for Seasonal Workers Program, which aims to improve the welfare of those workers by linking them with churches, community groups, activities, and other support networks.

It is being coordinated nationally by Gregory Makutu, a veteran and recipient of New Zealand’s Queen’s Service Medal [similar to Australia’s OAM] for his work among veterans and Maoris living in Australia. Gregory worked at the New Zealand Consulate in Sydney for 15 years in a governance role before being appointed the Army's national program coordinator.

He described the initiativeas “huge” with between 7000 and 8000 workers being supported throughout the year. He said the program would provide specific support to workers, help them to connect with the communities in which they worked and “advance cultural understanding with the wider population”.

Michaelia Cash, the Minister for Employment, Skills, Small and Family Business, Senator, said seasonal workers provided “a vital service” as Australia recovered from the economic impact of the COVID-19 pandemic.

“Seasonal workers are assisting Australia in a time of need,” Michaelia said. “They are filling important gaps unable to be met by the Australian workforce. We should, in turn, ensure that they are well connected with their local community.

“The Salvation Army has a lot of experience in this area, and the care and guidance it will provide will work towards increasing worker satisfaction, reducing homesickness and boosting productivity.”

Many seasonal workers were required to spend time in quarantine when they arrived in Australia. They often found themselves without appropriate clothing for Australian conditions and could have difficulty understanding Australian laws and customs. Community support initiatives were being developed to remedy those situations.

Gregory said the Army did not run the individual community activities in each state but, with its partners, had recruited regional coordinators from a variety of Pasifika and Timorese backgrounds who would link with approved employers, community groups, churches, councils, and others. “They will work to link seasonal workers with activities being run in their communities by these various groups,” Gregory said.

Several corps and Area Officers already were providing support to workers, inviting them to church services and helping them to connect with their local communities, but Gregory and his team hoped that number would continue to grow.

Gregory said his role was to ensure the programs were run successfully in each community and provided regular performance reports to the Department of Employment, Skills, Small and Family Business.