From non-fiction and poetry to picture books and stories for young adults, there are plenty of options for everyone to listen and learn this NAIDOC Week through books penned primarily by First Nations peoples.

As we enter NAIDOC week, we are invited to listen and learn from Australia’s First Nations peoples, who have lived on this land for thousands of years. Here are six books, primarily written by Aboriginal and Torres Strait Islander peoples, that will engage, encourage and educate you as we work towards reconciliation.

In this pivotal book, Bunurong, Yuin and Tasmanian Aboriginal man Bruce Pascoe details what life was like in Australia before colonisation.

Dispelling myths forwarded by explorers, Pascoe bases his findings on time spent with fourth-generation farmers and historical papers, ultimately highlighting the sophisticated way of life of First Nations people – including an incredible understanding of irrigation and fire, to law and language.

Reviewer Sue Hodges said, “This book affirms us and will encourage any young Indigenous person pursuing a career in any of these fields.” A young reader's version is also available. 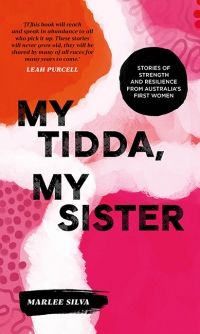 This is a vast and rich read, divided into essays and advice from Auntys (female leaders) to reflections from Tidda’s present and Tidda’s future (young females). Highlighting the importance of family, Country and identity, Silva also delves into topics like suicide, trauma and mental ill-health among First Nations peoples as a result of colonisation.

This is a profound collection alongside the artwork of Goreng Goreng woman Rachael Sarram. 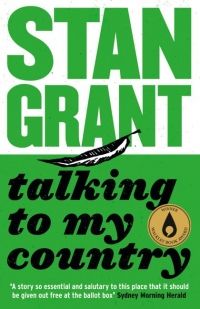 In it, he asks all Australians to dream about what their country could be like. Detailing his own upbringing and education, he highlights how racism is still present in Australia today.

A strong, bold read, this asks every Australian, “How can we be better?”. For further reading, Grant’s 2019 book Australia Day is also available. 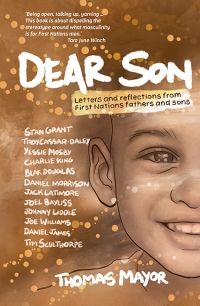 Consider this anthology a partner to be read alongside My Tidda, My Sister because Dear Son paints a picture for us of First Nations manhood.

Authors range from journalist Stan Grant and musician Troy Cassar-Daley to sports commentator Charlie King, and each reflects on love, trauma and the experiences of their ancestors.

For more of Mayor’s work, you can read Finding the Heart of The Nation, a book about the Uluru Statement. A young reader’s version is also available. Read the review here. This children’s picture book beautifully captures two cultures and peoples becoming family. Written in the Yolnu language of Warramiri, as well as English, it tells the story of Herweynen and her husband, who moved to the remote community of Gawa, Elcho Island in the Northern Territory.

Adopted and welcomed in by a local Yolnu family, Herweyenen shows how their actions reflect the Gospel message of Christ. Emphasising that we can all be adopted into God’s family, this book celebrates the Yolnu community and culture, noting key life experiences like dancing, hunting and grieving. Paired with beautiful and culturally accurate illustrations by Salome and Katina Moes, every child needs a copy of this.

Available at Koorong and Christian bookstores. 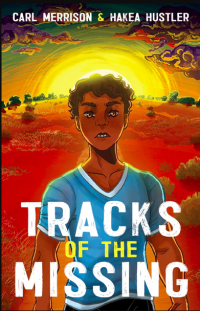 Consider this the young adults or fictional offering on this list because this new release set in remote Western Australia depicts the reality of life for a young First Nations man who leaves his remote community and a small town.

Merrison, a Jaru/Kija man, and Hustler, an English teacher, tell the story of 15-year-old Dek. With the chance to have his big break playing footy, he must choose if he will join his grandfather to search for a group of missing classmates who have become stranded in the bush.

With a murderer on the run, this book is filled with mystery and graciously shows the reader more about the character’s Dreaming and relationship to land, Creation, Song Lines and Law. Reflecting on the impact of generational displacement, substance abuse, juvenile incarceration, death and racism on the character and his mates, this book is a must-read.

Many thanks to Sue Hodges and The Salvation Army Aboriginal and Torres Strait Islander team for assisting with this piece.