You are here: Home › Viewpoint › Down To Earth Salvation

Down to earth salvation 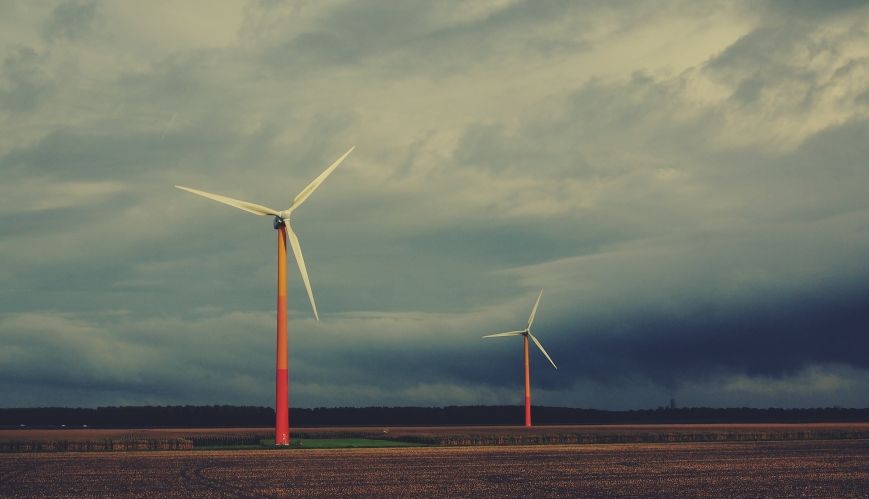 Down to earth salvation

I wonder whether we as Salvationists are missing out on a wonderful opportunity to share the message of hope – the message of salvation. You may have noticed, as I have, that there appears to be an increased awareness of, and concern about, environmental issues in wider society.

This is an area that may be a positive point of resonance with The Salvation Army. In other words, to share a common concern for earth with those who are not Christians, and to reveal the message of love and hope that Jesus has for all of earth has great potential for growing the kingdom of God (literally and spiritually!).

As 22 April marks Earth Day, it seems an appropriate time to reflect on this theme. The first Earth Day was held on this date in 1970, which some credit as marking the beginning of the modern environmental movement. This idea of Earth Day can include a spiritual element.

Religion and nature scholar Bron Taylor coined the term “dark green religion” to help describe “the belief that everything in the biosphere is interdependent, intrinsically valuable, and sacred.”

Taylor has also argued that present in dark green religion is “a feeling of belonging to nature and kinship with its diverse life forms, and a corresponding sense of responsibility for their well-being.”

What this means is that for many in today’s world, people who may not have any experiences, or who have had negative experiences with Christianity, nature can form a substantial part of their spiritual reality. Subsequently, as humanity lives in and is part of nature, many see that an ethical responsibility for earth lies with humanity to love and care for the world.

In this climate of increasing concern about the health of the planet, how does the Christian community, and we as Salvationists, encounter and relate to those who may identify or empathise with “dark green” thoughts? Do any Christians and Salvationists resonate with these ideas? What affinities, connections and understandings might there be?

Unfortunately, for many “dark green” or environmentally concerned people, Christianity may have negative connotations. For example, Aldo Leopold, considered as a leading ecologist and environmental ethicist of the 20th century, asserted that “conservation is getting nowhere because it is incompatible with our Abrahamic concept of land. We abuse land because we regard it as a commodity belonging to us. When we see land as a community to which we belong, we may begin to use it with love and respect.”

Likewise, Paul Watson, the founder of the Sea Shepherd Conservation Society, specifically noted that “Christians have denounced this idea as worshipping the creation and not the Creator. Yet in the name of the Creator, they have advocated the destruction of the creation.”

Many Christians also agree that there has been ample destruction of God’s creation. Perhaps this is partly due to a reading of scripture which prioritises select verses like Genesis 1:26-28, in which humanity may be understood to “dominate” creation, rather than the broader narrative we see within scriptures like Genesis 2, where humanity is seen more as being part of the earth, called to care and serve.

In his book, An Inconvenient Text, Lutheran theologian Norman Habel questions whether Christians should re-read the Bible with all of God’s creation in mind.

For instance, Habel points to the story of Job as one where “God calls Job to listen, respect and be humble before nature – not to be arrogant.” Most importantly, Habel points us towards the way of Jesus, where “serving rather than dominating clearly stands in tension with the mandate to dominate in Genesis 1.” Habel argues that “the way of Jesus supersedes the mandate to dominate.”

The Gospel, this “way of Jesus”, the way of the cross, indicates that attitudes of service and humility, not of power and exploitation, are proper responses to the grace and love of God. The more we live out “the image of God” the more we are likely to give a voice to the poor, the marginalised, but also to the entirety of God’s creation.

I wonder whether the growth in environmental concern is a stirring within the hearts – to use John Wesley’s distinctions – of open sinners, outside Christians and real Christians, to all join together in becoming more responsible, full of grace and love, to care more deeply for all of God’s creation? Could this “dark green” religious movement have emerged because of a lack of care for God’s earth within the Church?

Considering the views of this “dark green” movement may help motivate us, the Church, to live out the full, holistic nature of the Christian faith. May we also continue to aim to convey holiness, healing, freedom and love to those who might otherwise be antagonistic towards the prevenient grace of the Creator.

Following in the way of Jesus is a primary degree of difference between “dark green” religion and the Christian faith. Yet, this is at the same time the reason to bridge the gap. To share and show the love of Christ to all is of vital importance!

What an exciting hope and incredible message we have, centred on the love of God brought to earth by Christ – a hope that we can place in none other than the Creator of this vast cosmos!