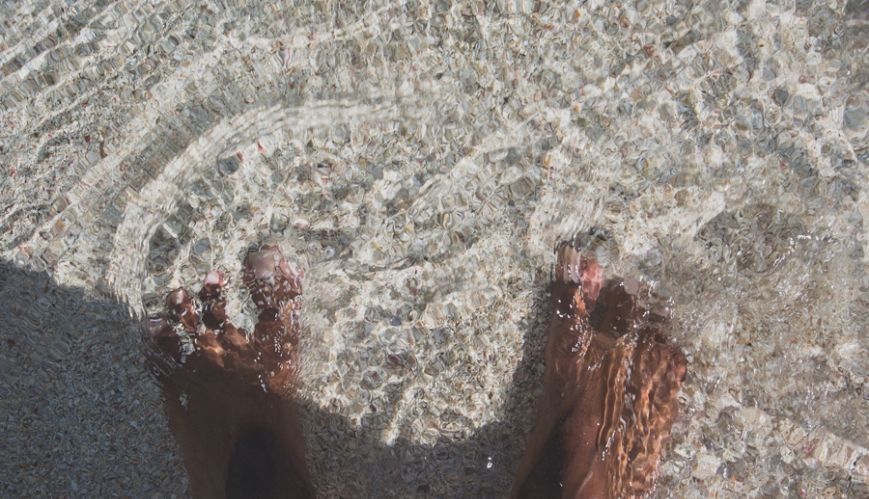 One night, just before the Passover, Jesus and his disciples were having a meal together when things got a little weird. Jesus stripped off his outer garment and took up a bowl of water and started to wash his disciples’ feet (John 13:1-17).

The washing of feet was normally done by a servant and was an expected ritual before eating, so that guests were made comfortable after walking for dusty miles. But Jesus was not the servant, he was the host, and much has been made of the attitude of servanthood that Jesus displayed here. However, I would like to unpack a slightly different nuance in this scene.

John notes at the beginning of chapter 13 that Judas was already thinking about how to betray Jesus, but there is no mention that Judas was not part of the meal that night, so he would have had his feet washed along with the others.

Peter, being his impetuous self, immediately objects and Jesus cautions him by saying that although he doesn’t understand the significance now, he will later. But Peter can’t let it rest. But neither will Jesus, because Jesus is determined to model something for his disciples to emulate – and it’s not just servanthood. Jesus tells Peter that unless he allows his feet to be washed by his master, then he can have no part with him, to which Peter almost shouts, “Well then, don’t just wash my feet, wash my head and hands as well!”

It is here that Jesus’ reply becomes important. He says that those who have had a bath only need to wash their feet. He continues rather cryptically that not everyone around the table is clean, to which John adds a comment about Judas. What if this foot-washing was as much about forgiveness as it was about servanthood?

What if Jesus was indicating that by allowing themselves to have their feet washed, his disciples were allowing the forgiveness that Jesus would bring through his imminent death and resurrection to wash over them? If that is the case, then Jesus was modelling for his disciples, including the one who would betray him, that following him was about forgiving each other and being forgiven – something which Peter would personally have to face after his denial of Jesus.

In many ways, Jesus was prefiguring that time. Peter was initially adamant that Jesus would not wash his feet – was there, perhaps, some pride there, with Peter implying that he didn’t think his feet needed washing? But Jesus knew what Peter needed. Peter would be confronted with his own frailty, and then come face-to-face with the completeness of Jesus’ forgiveness. Peter was always “for” Jesus, so in Jesus’ eyes he was clean, but he was a flawed human and so he needed his feet washed.

I know this is true for me. I have had incidents in my life when I have felt immensely unclean because God has exposed some sin, some hidden flaw. But then, graciously and lovingly, I have been reassured that I am clean – I only need my feet washed. So where does that leave us as followers of Jesus?

Peter’s response shows that forgiving others, and being forgiven, do not come naturally. Jesus may have washed Judas’ feet, but that doesn’t mean Jesus found Judas’ betrayal acceptable behaviour. But in washing all his disciples’ feet, Jesus indicated that he was willing to forgive them. As his followers, we have a lifetime to learn how to forgive and accept forgiveness – and we are blessed when we can do so.

* Bron Williams has a consultancy and coaching business based in Melbourne. For details see backstory.com.au