You are here: Home › Viewpoint › Soldiership Getting Back To Basics

Soldiership - getting back to basics 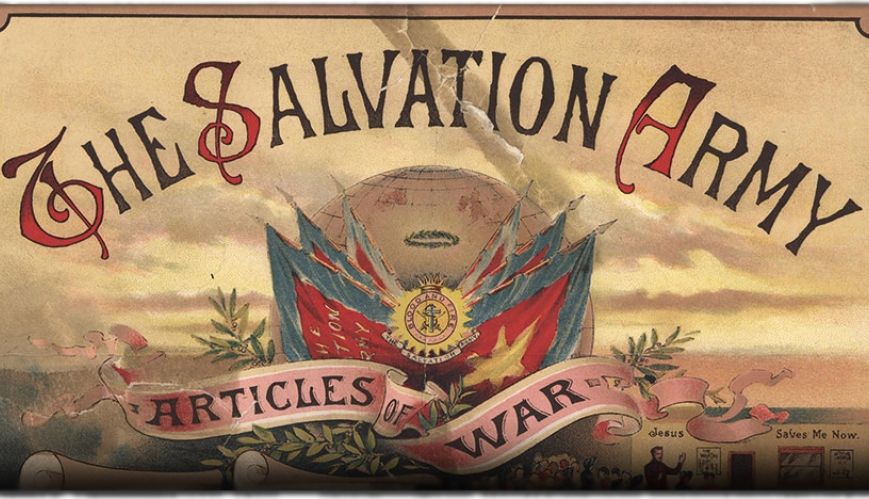 Soldiership - getting back to basics

Social media has lit up like a Christmas tree following Captain Peter Hobbs’ article titled “The Soldiership Dilemma”, which appeared in the July edition of Others magazine.

He raises some challenging observations and for traditionalist and conservative Salvationists, controversial views on the relevance of soldiership today.

He contends that: “He (Jesus) invited/ recruited everyone to be involved in his mission without discrimination.

In a Salvation Army context, the idea of becoming a disciple is similar to becoming a soldier. To become a Salvation Army soldier, you have to do soldiership classes, promise to live a high and moral life where you’re not going to drink alcohol and smoke.

Here’s the problem: Jesus would make a great adherent. Soldiership not only excludes Jesus but it also excludes the majority of people within our society who don’t wish to make these lifestyle promises ... However, this higher calling creates a two-tier exclusiveness, which Jesus opposed, and allows for unbiblical power and segregation problems within community.”

Have we always had “two-tier exclusiveness”? If not, what were the original conditions of membership at the inception of our movement and when and why did this evolve into what they are today?

In the beginning, there was nothing – a void the established church refused to fill.

In the mid-1850s, Catherine and William Booth sought to bring light and hope to the marginalised masses of England, declaring their intent to get people saved and then teach them to get others saved.

When they commenced their creative and controversial ministry there were no articles of faith, rules or regulations, covenants or conventions – just an overwhelming need for the “whosoever” to be saved from sin and fed back into the established church.

Catherine’s first published article, printed in the Methodist New Connexion magazine issue of June 1855, articulated an uncomplicated missional intent: “The babe in Christ must be made to feel his individual, untransferrable responsibility. He must be taught that labour is the law of life, spiritual as well as natural, and that, to increase in wisdom and stature and in favour with God, he ‘must be about his Father’s business’” (Sandall, R. The History of The Salvation Army Vol.1, p66).

Originally, there was no definite creed or doctrinal framework to which converts were required to subscribe, until the early 1860s when the East London Revival Society published its Articles of Faith and Bond of Agreement (Ibid. pp264-5).

The five-point bond was uncomplicated, requiring a declaration that:

1. One would strive to depart from all iniquity and be devoted to God;

2. Commit to the salvation of souls and strive to secure their conversion;

3. Attend indoor and open-air meetings and make every effort to bring souls to Christ;

4. Cultivate a spirit of brotherly affection and to manifest this by seeking to meet each other’s temporal and spiritual welfare; and

5. To contribute weekly offerings to assist the Society in its operations.

But progressively, membership got more complex. Conditions of Membership documented in the First Constitution of The Christian Mission (1870 Ibid, pp277-279), reveal that “tickets of membership” could be issued only to those demonstrating adherence to 18 rules, commencing with a confession of faith in the Son of God, and extending to attendance at meetings, contributing “no less than one penny per week”, total abstinence from alcohol, smoking, pornography, no involvement in any way in the liquor industry, a prohibition on “selling or reading the London Journal, Family Herald or similar publications”, adherence to modest dress codes ... and the list of conditions goes on.

The Christian Mission became The Salvation Army and Conditions of Membership became the Articles of War, which were revised and amended at least six times between then and now, incorporating updates of doctrine and membership commitments.

Are you shocked to learn that Jesus could not have been a card-carrying member of The Christian Mission or a soldier of The Salvation Army?

Jesus drank wine, in his first miracle manufactured wine and served wine at the last supper! Seriously, though, the “good old Army” is in decline – little evidence of Builders and Baby Boomers pioneering new frontiers of mission and ministry, leading sinners to salvation and equipping them to disciple others.

Those regarded as the radical reformers aren’t focused on building The Salvation Army – they’re building the Kingdom of God – and they’re winning!