You are here: Home › Viewpoint › Through Different Eyes On Mum S Special Day “Mother’s Day is a bag of mixed emotions for many of us out there,” says Captain Sandra Pawar, mother of two girls and a foster mum to a baby boy.

Mother’s Day has always been a mixed bag of emotions for me. As far back as I can remember, I have both celebrated and grieved Mother’s Day.

My mother, the one who gave me life, passed away in a car accident when I was two. I have no memory of her and only know her through photos and shared stories from others.

When Mother’s Day would roll around, I would celebrate the mother I was given through my dad’s new marriage (and I did celebrate her and I was thankful for her), but I would also grieve for a mother I never knew, a mother I wanted and the mother I longed to know and share my life with. 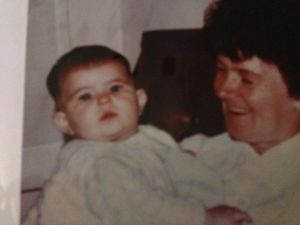 Sandra as a baby with her mother.

As I grew older, the pain did not lessen. In fact, I grieved her more than ever, but Mother’s Day would come and go without too much fuss or fanfare as I was a teenager, more absorbed with myself than anyone else around me.

Then came the Mother’s Day after my first miscarriage. There was a new pain, a deeper pain. An even bigger sense of loss, yet I was not sure I could talk about it. When I did share my story, questions were asked: Why was I grieving a baby that never was? Really, could it be that sad? You were only a few months pregnant? You are young, you can have another one! So, I stopped sharing and, instead, I celebrated the mums around me and pretended I was okay.

A few years later, Mother’s Day was again different; this time I was the mum. We had tried for so long and, after many disappointing months of negative pregnancy tests, I finally had a beautiful baby girl and I got to celebrate being a mother.

I got to celebrate the miracle of life and the honour of giving birth to a living, breathing human being. Wow, this was a joyful day. Sorrows of the past were put by the wayside and I smiled my way through the day.

On that day in that year, I was being celebrated and I did not have to really think of who else I needed to celebrate or who I needed to grieve. On that day I was hopeful, I was joyful, and it was a beautiful day. 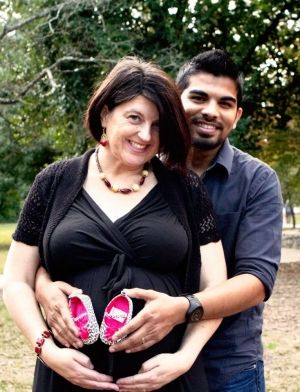 Sandra and her husband Ashish.

Fast forward 10 years and two miscarriages later, I have two little girls who I gave birth to, who call me ‘Mum’ and whom I love dearly. I am also, as I write this, a mum to a three-month-old foster son. This year, Mother’s Day is going to mean something different to me once again.

This Mother’s Day, I will celebrate being a mum to my girls, I will thank the Lord for the stepmum he gave me all those years ago, I will grieve deeply for the mum I never knew, and I will have a heavy heart for the babies I never gave birth to. I will snuggle close with my little foster son and be grateful for our time together, while simultaneously anguishing over the day he will leave us. I will think of his mum, a mum who doesn’t get to celebrate with him on Mother’s Day, a mum who doesn’t get to be honoured.

Mother’s Day is a bag of mixed emotions for many of us out there. It is never a simple day. It is a day where women are celebrating being mums, grieving the loss of mums, holding on to dreams of being a mum, mourning babies lost and wondering if they will ever be a mum.

It is a day where women are missing their children because of distance, death or decisions made by others. It is a day where, sometimes, one mother is all those mums rolled into one.

Be gentle to the women around you on Mother’s Day; you just never know their story or what they carry.