You are here: Home › Features › Rivervale Bootcamp Ready To Recruit Newly appointed Auxiliary-Lieutenants Marenda and Steve Freind are on a mission to breathe new life into Salvation Army soldiership and are planning to turn the abandoned Rivervale Corps in Western Australia into a ‘boot camp’ to do so. Photo: Joel Gibson

Breath of fresh air is flowing through an ‘abandoned’ Salvation Army corps building in Perth, after a young couple answered God’s call to establish a new mission.

The Rivervale Salvation Army Corps was closed several years ago and the building became a sad-looking place, sheltering squatters and drug users.

A bleak homage, one could say, to its Salvation Army heritage. The arrival of Auxiliary Lieutenants Marenda and Steve Freind has now brought new life, with their appointment to oversee ‘The Rivervale Project’.

The Freinds have been told not to re-establish Rivervale as a corps, but to run a ‘boot camp’, essentially to equip, encourage, mentor and support Salvationists on mission.

The official brief is to establish “an organic mission designed to train missional practitioners in what it means to be a 21st century Salvation Army soldier”.

Using the old Rivervale Corps building as their base, Marenda and Steve plan to be mobile in their support and training of Salvos on mission.

They firmly believe in former territorial leaders Commissioners Floyd and Tracey Tidd’s prophetic word, spoken over The Salvation Army Australia at the beginning of the reunification process, that “one plus one equals new”.

They are hoping that The Rivervale Project will birth new expressions of The Salvation Army that are culturally relevant, yet centred on Salvation Army founder William Booth’s original vision for his Army of God’s soldiers.

The Rivervale Project is the start of a revolution,” says Steve. “We want to be pioneering, ‘What does a 21st century Salvationist look like?’

One of the scripture verses that we have been looking at comes from John 4:13, where Jesus talks to the woman at the well and says: ‘Everyone who drinks this water will get thirsty again and again, but anyone who drinks the water I give will never thirst, not ever. The water I give will be an artisan’s spring with gushing fountains of endless love.’

“That verse keeps coming back to us. We don’t want to be a thirsty [Salvation] Army. We want to see an Army that’s gushing with the everlasting fountain of God’s Spirit. 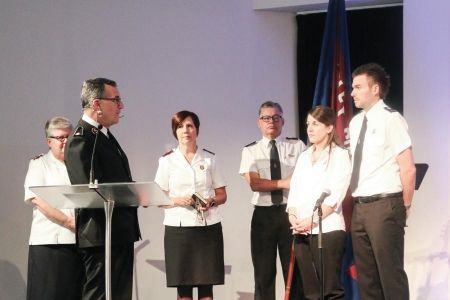 So, one of the things that we’re going to be looking at is: ‘What does it mean to be vibrant as a Salvationist? Or as a Salvo?’ And: ‘How does that look in local mission?’”

Steve and Marenda both come from a long family line of missionaries. Steve’s mother [Major Lyn Freind] is an active officer in Western Australia.

His father [Major Geoff Freind], tragically, was killed while serving in Africa, attacked while walking down a street in Malawi during a preaching tour.

His aunt and uncle [Commissioners Jennifer and Peter Walker] have just concluded their service as territorial leaders in Indonesia. Marenda, meantime, has a Baptist background, with members of her family being missionaries who have served in places such as Mozambique and Colombia.

The couple both grew up with an unwavering knowledge of God’s intense love for them and for all of humanity, so it was a natural step for them to move into ministries and workplaces where they could share God’s love with others.

Marenda studied social work and has forged her career in the foster care system. Steve studied youth work and has held several jobs with The Salvation Army in Perth, starting at Genesis Drop-In Centre (now The Beacon), and Crossroads West transitional support service before becoming the youth pastor at Morley Salvation Army. “We always kind of dreamed that maybe one day we would do some work or some sort of mission together,” says Marenda. “But we didn’t know when, or how it would look.”

The couple met when their two high schools united for a Year 12 leavers camp, serving as carers for young people with disabilities. Within the first few months of dating, Steve invited Marenda to Morley Salvation Army to witness his enrolment as a senior soldier. “I walked into the hall and there were all these people in crisp white shirts ... it felt quite foreign to me,” she remembers. “But I respected Steve and I respected the commitment that he made.”

It was a commitment, however, that she felt no calling to undertake, despite going through soldiership classes and being aligned with the mission and the values of The Salvation Army. “It didn’t feel like something that was for me ... I didn’t feel like I needed to sign a contract with the church. I could serve without doing that, so why did I need to?”

God had other plans, nudging both Marenda and Steve towards a united ministry. Steve was asked to sit on a Salvation Army committee looking at the strategic plan for Western Australia and how to engage young adults.

The Rivervale Project was mentioned, but Steve had no idea at the time that God had already chosen Marenda and him and their young family for the ministry. Lieutenant-Colonel Stuart Reid, Western Australia Divisional Leader, knew that Marenda and Steve would be a perfect fit for The Rivervale Project. He asked them to consider it.

“We left it with God,” says Steve. “We basically said, ‘God, is this you?’ because we need you to show up!” God did show up in a pretty spectacular way.

Five days after they were asked to consider taking on Rivervale, a guest speaker at a divisional youth event at Morley Salvation Army prophesied over Steve and Marenda’s future and where God wanted to plant them.

“He explained it as though he was sitting at the table having lunch with Stuart and I five days earlier,” says Steve. “But he knew nothing about the conversation Stuart and I were having!”

In early May, then-Australia Territory leaders Commissioners Floyd and Tracey Tidd appointed Marenda and Steve as auxiliary-lieutenants and mission leaders of The Rivervale Project.

They started in June. Stuart says the ministry wasn’t designed exclusively for young adults, but will have a focus on that age bracket.

“We know that the national vision requires us to mobilise a passionate mission force and we need to pioneer some fresh thinking to the way we attract and equip people for this task,” he says. “We also believe that the new approaches that will be developed will give fresh energy to soldiership.” 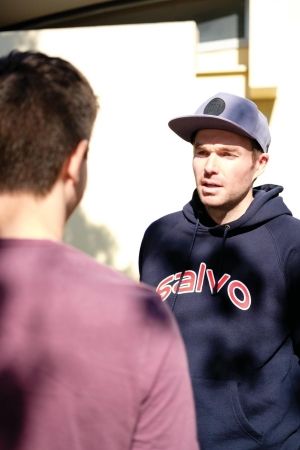 Steve says the ministry will have a focus on young adults.

For Marenda, moving into soldiership, and from there into being an auxiliary-lieutenant, was something she had never expected, but with God’s confirmation she willingly stepped up to the calling.

“Recently, we’ve seen a shift in opportunities within The Salvation Army to serve and to minister as an officer,” says Marenda. “This auxiliary-lieutenancy is a new pathway ... and for us, it makes sense. We both come with relevant experience in the social work field, in the youth work field, in youth ministry, and we have an opportunity to serve within our own local community with the supports that we already have around us, plus some additional supports and opportunity to do more study.

“When [William and Catherine] Booth started up the Army it was so culturally relevant and vibrant and it caught people’s attention and it was attractive ... but times have seriously changed since then, so how can we maintain that spirit and that passion for justice and seeing God at work? How can we bring that back to our local areas? How can we equip people to work out what that means for them, wherever they are?”

As the doors open again on the Rivervale Salvation Army building in Perth, a burst of fresh air sweeps through its dusty interior.

As they step into their calling to The Rivervale Project, Marenda and Steve Freind believe God’s spirit is ready to sweep through The Salvation Army, invigorating fresh ideas for mission and ministry and firing an unstoppable passion among Salvos to partner with Jesus in his new creation.

All of us are called to be part of what God is doing in the world.

It’s an invitation as old as time itself, to join the Creator in his renewal and restoration of the world and humanity.

How Salvos find their place within that calling is what The Salvation Army Come Alive campaign is delving into over the next six months. “We want Salvos to really consider how they can best position themselves for the call that God has placed on all of our lives,” says Officer Recruitment Secretary Captain Paul Lorimer. “And, ‘What is God saying to me about that?’”

Despite people still saying “Yes” to God’s call, many Salvos still aren’t aware of the diverse range of pathways into leadership within The Salvation Army.

“As people start to explore those pathways, they will start to realise that officership is an incredible way to get the freedom to live a life of mission and ministry that aligns with their calling,” says Paul. “We want to raise the awareness and support people that are exploring the calling that God has placed on their lives.”

Over the next six months, Come Alive will hold an event in each state. To find out more, head to salvationarmy.org.au/ComeAlive