The Salvation Army Emergency Disaster Services has dispatched mobile feeding units, clean-up kits and other supplies to communities affected by Tropical Storm Nicholas in the USA.

The Salvation Army in the United States has again mobilised to meet the needs of people in affected communities as well as first responders in the wake of the latest severe weather event to hit the southern states of Texas and Louisiana.

Tropical Storm Nicholas, which became a Category 1 hurricane just before it made landfall on Tuesday, struck while Army Emergency Disaster Services (EDS) teams were still helping people recovering from Hurricane Ida, which left a path of destruction across the Gulf Coast on 27 August.

As Nicholas approached, EDS responses units were packed and ready to travel to “meet immediate needs wherever they exist”, said United States National Commander Commissioner Kenneth Hodder. “We will help the affected communities for as long as recovery takes,” he added.

After making landfall on the eastern part of the Matagorda Peninsula,150km south-west of Houston, Nicholas was downgraded to a tropical storm. EDS director in Texas, Alvin Migues, said although there were significant power outages, rainfall associated with the storm was less than forecast, which limited anticipated flooding. 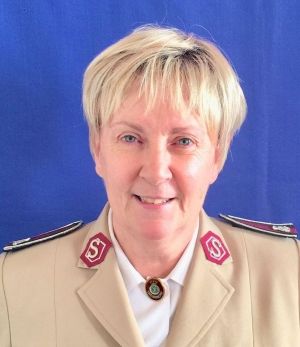 Leader of the Zambia Territory, Wendy succeeds Dr James Read, Senior Policy Analyst and IMASIC Chair since 2008, who is retiring.

As Chair, she will lead and facilitate global conversations on moral and social issues from the council’s headquarters in New York.

Born in Canada, Wendy has been an Army officer for 25 years. She has had international appointments in the Americas, Africa and South Pacific and East Asia zones along with teaching and specialling opportunities in Europe.

She has spearheaded the creation of and been the Chair of moral and social issue councils in the Hong Kong and Macau Command and the Zambia Territory, and is a sitting member and Secretary of the International Theological Council.

The Salvation Army’s 55-year-old Acapulco Children’s Home was damaged when a 7.1-magnitude earthquake struck the Pacific coast of Mexico at the weekend. Reports indicate that all children in the home, which cares for children aged 3-18, were safe.

Lieutenant-Colonel Leonardo Fernandez, Mexico Territory Chief Secretary, said a team of territorial and divisional leaders and emergency relief coordinators had travelled to Acapulco to assess the damage and what other relief and support the Army could provide.

In L’azile, Haiti, The Salvation Army continues to support those affected by the 14 August earthquake by distributing food to the community. At one recent session, 300 families received assistance. 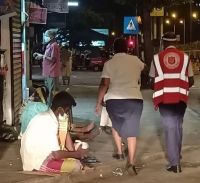 Salvation Army teams have been providing food and support for people living on the streets of Colombo during Sri Lanka’s recent lockdown.

Salvation Army teams have been on the streets of the Sri Lankan capital Colombo during the recent two-week COVID-19 lockdown, supporting the vulnerable with a meal or cup of warm soup. Supported by the police, the teams also distributed face masks.

Territorial Commander Colonel Nihal Hettiarachchi said the island nation was “going through a very dangerous and challenging time” in what had been described as a third wave of the pandemic. Nihal said while it was vital to consider the safety of Army personnel, “we as The Salvation Army are motivated to think of the safety of others and to do the best we can for them”.

While government hospitals struggled to cope with the rapid increase in COVID-19 patients recently, the Army transformed its Haven and Sunshine Homes into ‘intermediate treatment centres’.

“As an Army, we are pleased to be able to provide some of the facilities ... as well as to provide our ambulance ... for the transportation of patients,” Nihal said. “At the same time, The Salvation Army, which has never forgotten the street people, is caring for them on a daily basis, fulfilling their food needs and continuing the Army’s mission.”

The government introduced a seven-day lockdown earlier this month but extended it for another seven days after a surge in the number of deaths from the virus and mounting pressure on the country’s healthcare system. The lockdown ended on 13 September. 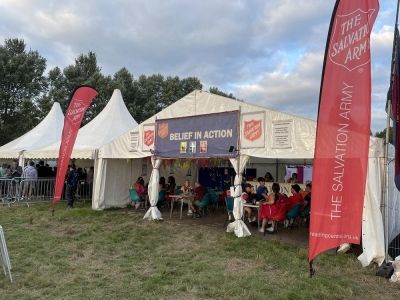 The Reading Central Corps marquee at this year’s Reading Festival.

The Salvation Army’s involvement in the popular week-long Reading Festival, west of London, has grown significantly over the past 50 years. Volunteer Hayley Scott said her father, Stuart, originally arranged for the Army to have a presence at the annual music festival because he had a vision to provide support and refreshments to anyone who needed it.

That presence has grown to a team of about 40 volunteers from Reading Central Corps who offer soup and a roll, hot drinks, water, sweet treats, tents, towels and blankets – at affordable prices – all under a large marquee. The money raised is used by the corps to make up food and Christmas parcels.

The Army team manned the marquee around the clock in shifts over the festival’s weekend schedule on 26-28 August.

Army brings Iceland students in from the cold 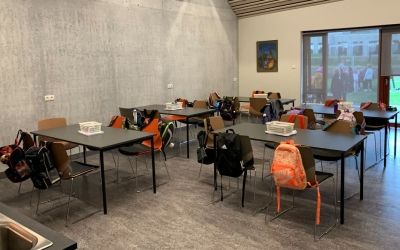 A temporary classroom has been set up in The Salvation Army’s new facility in Reykjavik, Iceland, for school students.

The first floor of The Salvation Army’s new premises in Reykjavik, Iceland, has been converted into temporary classrooms for nearby Fossvogsskóli primary school students.

The school has been grappling with damp and associated mould, creating a health risk for the students and teachers. The school needed to find somewhere to hold classes while it waited for temporary classrooms to arrive, which was expected to take about three weeks.

The Army heard about the situation and offered a solution. Captains Hjördís Kristinsdóttir and Ingvi Kristinn Skjaldarson and Territorial Envoy Ester Ellen Nelson met with school and council staff, and parents. They offered to reconfigure the first floor of its newly constructed premises so children from Grades 2 to 4 could continue their daily lessons. The Army also provided daily meals for the 140 students and staff and a temporary playground for the children.

The building’s opening ceremony took place last month at which the Iceland President spoke of the important place the Army held in the country and applauded the inclusive nature of its ministry – work carried out “with open hearts and open minds”.

New leaders for Denmark and Greenland 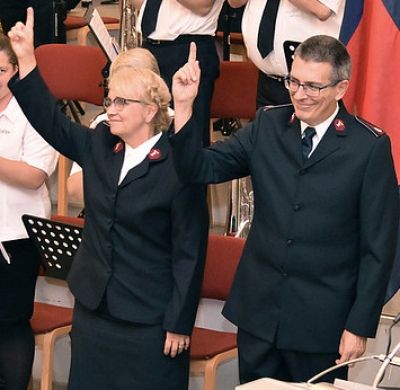 Norwegian officers Lieutenant-Colonels Kjersti and Jan Risan salute after having been installed as the new leaders of the Denmark and Greenland Territory.

New territorial leaders for Denmark and Greenland, Norwegian officers Lieutenant-Colonels Jan and Kjersti Risan, have been welcomed into their new responsibilities at a celebration of faith and hope.

The welcome meeting was held at Copenhagen Temple and live-streamed to enable the rest of the territory and Salvationists around the world to be involved.

The installation was conducted by retired officers, Commissioners Carl and Gudrun Lydholm, on behalf of General Brian Peddle.

In his Bible message, Jan said a priority of his leadership would be to “give people a taste of Heaven”. He added: “To be Christ-centred and to convey hope and life in and because of him is the core of the mission and task of The Salvation Army. In other words, to bring the presence of the Kingdom of Heaven to people today.”