Afghan evacuees receive tonnes of support in US 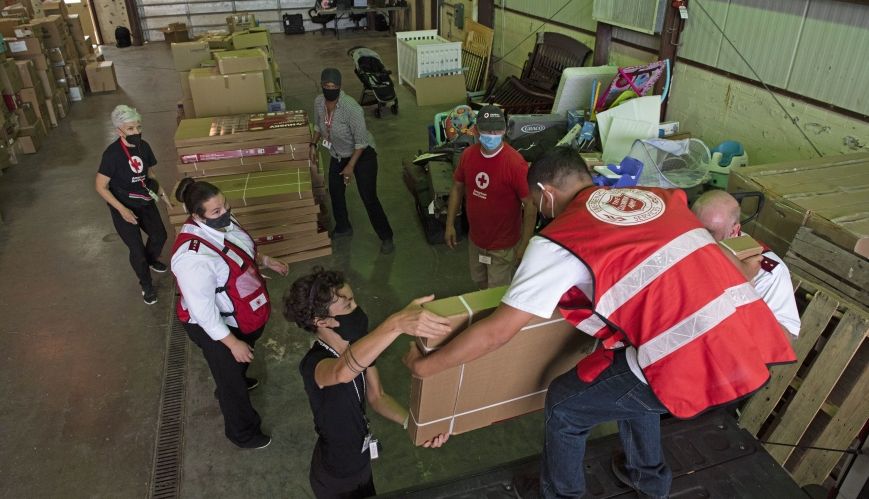 Afghan evacuees receive tonnes of support in US

The Salvation Army in New Mexico has been tasked with coordinating the storage and distribution of 90 tonnes of aid for Afghan refugees arriving in the United States. 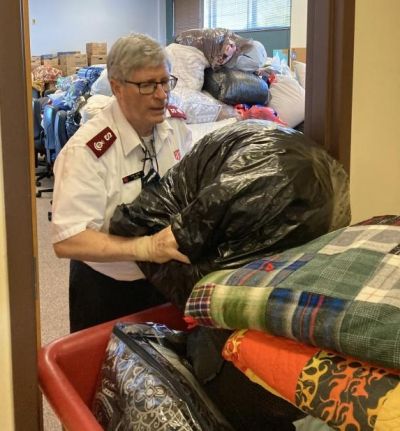 Volunteers from The Salvation Army in Wausau, processing donations of blankets and quilts for Afghan evacuees being resettled in the United States.

More than 50,000 refugees are being resettled in various locations around the country as part of Operation Allies Welcome.

Captain Niki Woollin, the Army’s Incident Commander inside the warehouse at Holloman Air Force Base near Alamogordo, said an “incredible amount of stock” had been donated. “It has been an outpouring of donations and support to help those who need it,” she said.

The Corps Officer at Roswell Corps (about 200km east of the base), Niki said she had not experienced such a quick community response to an emergency: “It has been an outpouring of donations and support to help those who need it. Our goal is to make sure everyone has at least one extra set of clothes.”

The Salvos Emergency Disaster Services (EDS) collaborated with the Holloman Spouses Organisation and the base’s Military Joint Task Force to organise the storage of donations and resources.

Captain Michael Evans, Corps Officer at Las Cruces (about 96km southwest of the base) and Divisional EDS Incident Commander, said many of the evacuees’ “worlds have been turned upside down”. “Doing our part in such a humanitarian effort is in The Salvation Army’s DNA,” Michael said.

The evacuees were being supplied with individual bags of clean clothes, shoes, toiletries and personal items through donations.

In Wausau, Wisconsin, the Army needed to find more space as it, too, was overwhelmed with donations from the community for the evacuees – predominantly thousands of quilts from around the upper-midwestern American state.

Corps Officer Major Paul Logan said the Wausau community was one of the most generous communities in which he had worked: “Every time a need is expressed, the people of this area respond. The donations keep pouring in.”

Wausau Corps is part of Wisconsin and Upper Michigan Division in the US Central Territory,

He said such was the level of donations that the corps needed to move its mobile EDS canteen from its garage to store them having “run out of room” in the main building. “We do not have a warehouse to store these items and need to move them,” Paul said. “It has been hectic,” he said. 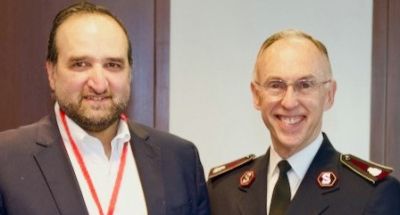 Ann Chrudinsky, the Army’s Development Director in Wausau, said it was hoped for more donations of winter clothes, shoes and hygiene items would be received as the Northern Hemisphere winter approached.

“We’re finding out that many of [the evacuees] have been arriving with just the clothes on their backs, so they need a lot of different supplies,” Ann said.

Paul said the evacuees were being housed temporarily at Fort McCoy, a US Army training base, and his teams were busy arranging transportation to get donations to them.

Recently, the Army US National Commander, Commissioner Kenneth Hodder, and the Army World Service Office representatives met with the President of Islamic Relief USA, Anwar Khan, to discuss how the Army could best support the evacuees.